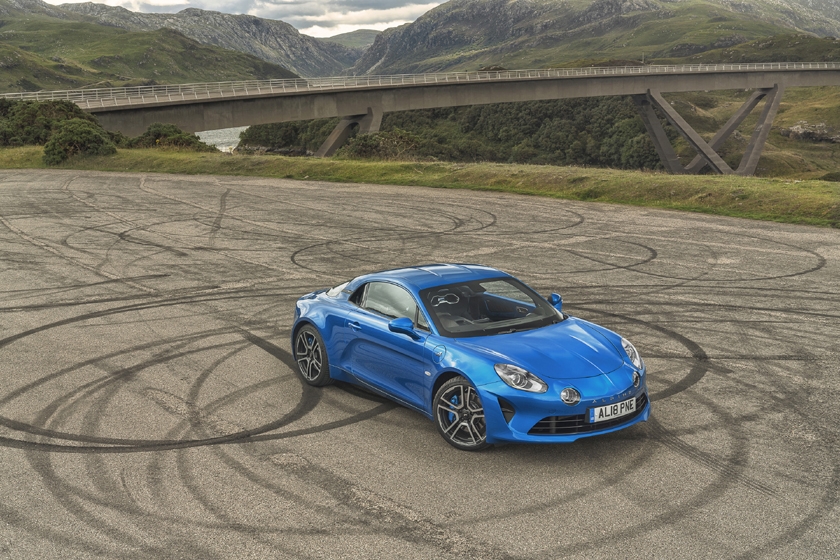 Alpine has been presented with the Sports Car of the Year title by leading automotive magazine What Car?. The prestigious title was presented at the annual What Car? Awards that took place this evening at the Grosvenor Hotel in central London.

A110 triumphs
The team at What Car? magazine thoroughly test every car that’s on sale in the UK. The magazine’s road testers drove the Alpine A110 in Pure specification and were impressed by the car’s dynamic ability and its usability.

Steve Huntingford, What Car? Editor, said: “Alpine may have lain dormant since 1995, but the reborn A110 is a real triumph. By focusing on engagement over maximum power, it’s a car that involves its driver at sensible speeds and betters all its rivals.”

Sébastien Erphelin, Managing Director, Alpine said: “We’ve received some prestigious awards since the launch of the Alpine A110 and I have to confess it is always the same rewarding emotion for the Alpine team whenever we get the news. This award from What Car? is a real source of pride and I’d like to share it with our British customers and dealer network.”

Alpine’s award haul
This latest accolade caps a successful awards season for the Alpine A110. The car has been awarded multiple coveted titles in the UK and across the world:

The A110 is available in two trims; A110 Pure encapsulates the driver-focused spirit of the original Berlinette, whilst the A110 Légende has more of a touring character with sophisticated interior materials and six-way adjustable comfort seats. The A110 is priced from £46,905 and is available to order now.

Further information is available at www.alpinecars.com.