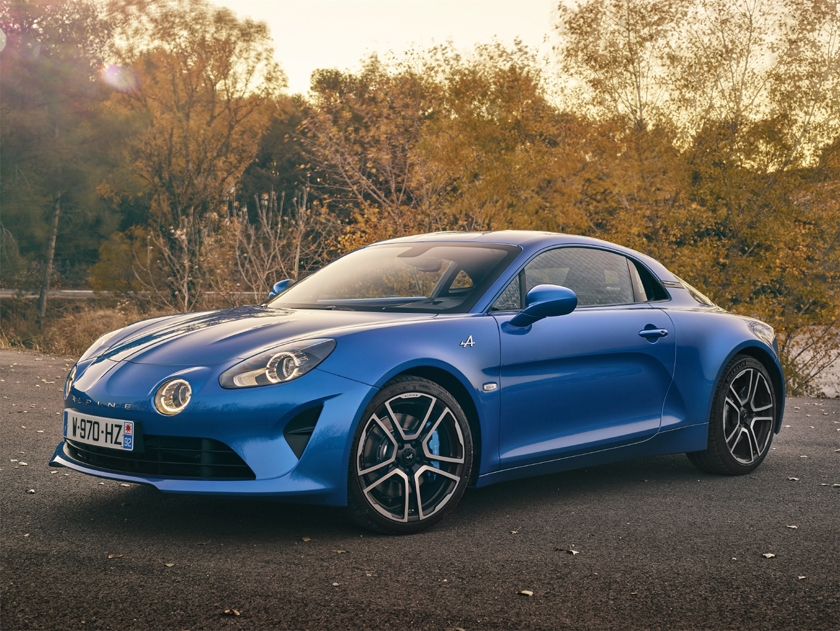 The Alpine A110 was among the seven finalists for the 2019 Car Of The Year (COTY) election, a prize awarded by a panel of sixty European journalists.

Only sports coupé in the final of the competition, the Alpine A110 performs an unprecedented performance in the history of COTY; it finishes first ex aequo at 250 points after the first count of the points awarded by the sixty members of the jury.

A second round to decide between the two finalists will finally select the Jaguar I-pace.

"Having the Alpine A110 in the final was already a performance in itself. But having the A110 first ex aequo after the first count is a great source of pride for Alpine teams," said Sébastien Erphelin, Alpine's Managing Director."The fact that the members of the jury awarded us 250 points is proof that driving pleasure remains a powerful marker for all car enthusiasts."

The Alpine A110 is sold in fourteen countries around the world. Available in Pure and Legend versions, the A110 remains faithful to the timeless principles that made the success of Alpine: compactness, lightness and agility in the service of driving pleasure. The average delivery time of an A110 is nine months.

Alpine was founded in 1955 by Jean Rédélé, a young man passionate about motorsports. The Alpine name became legendary when the Alpine A110 ‘Berlinette’ won the 1971 and 1973 Monte Carlo Rally. Today, Alpine is back with the new A110, a sports car faithful to Alpine’s timeless principles of compactness, lightness and agility, with one promise: driving pleasure.