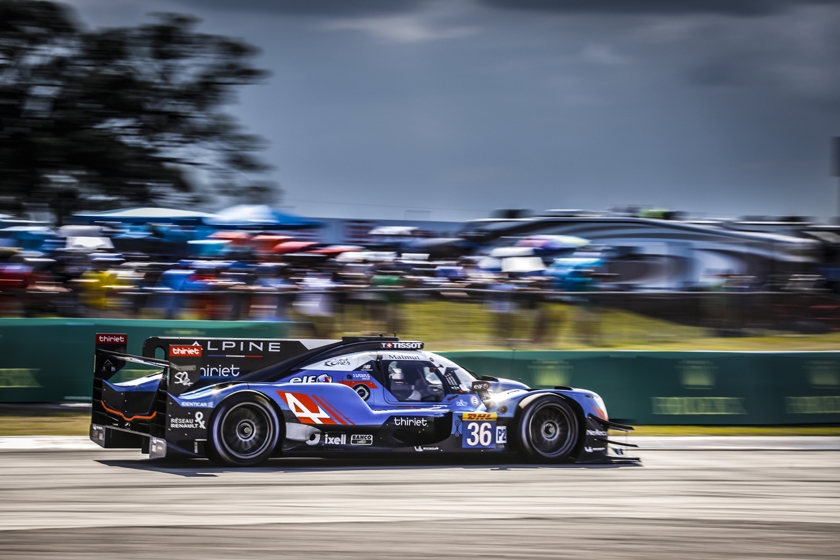 THE ADVENTURE CONTINUES IN ENDURANCE

Announced in March 2013, Alpine returned to Endurance competition after a 35-year absence.

Launched in partnership with Signatech, this programme was the launch pad of Alpine’s sporting ambitions, resulting in two straight titles in the European Le Mans Series (2013 and 2014) and a crown in the 2016 FIA World Endurance Championship.

Currently atop the LMP2 category in the FIA World Endurance Championship heading to the season-finale 24 Hours of Le Mans, the Signatech Alpine Matumt team will continue in the 2019-2020 season, which will kick off at the 4 Hours of Silverstone on September 1st. The driver line-up will be announced shortly after the 2019 24 Hours of Le Mans on June 15-16.

A few months after the new Alpine A110 reveal in March, 2017, and in the aftermath of the first deliveries to the dealers, Alpine presented the A110 Cup designed to compete in the Alpine Elf Europa Cup, the first cup organised by the brand in 30 years.

Benefitting from the handling, lightweight and all the qualities of the road version, the Alpine A110 Cup quickly seduced many competitors to battle for the titles and also an opportunity to test the Alpine A470 or Alpine A110 GT4.

Following a successful first season in 2018, the customer racing programme entrusted to Signatech enjoys this year a tantalizing field in full expansion with more than 20 cars now competing on Europe’s finest circuits.

Alpine also shines against other constructors thanks to the A110 GT4, unveiled at the 2018 Geneva International Motor Show.

After raising the enthusiasm of teams, drivers and enthusiasts, the version designed and marketed by Signatech has been an instant winner on the national scene (FFSA French GT Championship), in Europe (GT4 European Series) and internationally (GT4 International Cup) in just a few months.

Versatile and successful on an extremely varied tracks, the Alpine A110 GT4 rapidly became a true sporting success and a commercial one as well with the first 15 units all sold. The focus for its second year of commercialization will be international so that the Alpine name to shine around the world.

THE BIG RETURN TO RALLYING

World Champion in 1973, Alpine wrote some of the finest pages in its history in rally and the least that can be said is that its return to the special stages has been highly anticipated by many competitors and observers!

Signatech has been entrusted with the design, development and marketing of a rally version of the Alpine A110 from an overall framework defined by Alpine aimed at preserving the strengths and spirit of the production car. As for the GT4 and Cup, Philippe Sinault's structure will work in close collaboration with the Alpine teams.

Based on the A110 Cup, this two-wheel drive version will produce nearly 300 horsepower. It is intended primarily for asphalt rallies and drivers looking for a fast, fun and easy to drive product. Its homologation and which category it will compete in is currently under discussion with the FFSA and the FIA. The technical specifications and price will be announced in September.

Available in the second half of 2019, the first examples of the Alpine A110 "Rally" will be delivered in two stages by the end of the year, first in France, then in Europe.

"We are very pleased to expand Alpine's racing programme. Our involvement in LMP2 gives us an international showcase where the results have met expectations since 2013. Our community understands our approach and you only have to go to Le Mans to see what Alpine means to Endurance. As for customer racing, the A110 Cup and A110 GT4 have already found their supporters thanks to fast, reliable and affordable cars. Their success was a prerequisite for a return to rally, which is deeply rooted in our DNA. We will continue our relationship of trust with Signatech, whose expertise is invaluable in the development of the sports versions of the A110. Like all fans, we cannot wait to see the Alpine name shine on the special stages again!"

"It is a fantastic opportunity to be able to work with a brand enjoying such heritage both on circuit and rallying. We are proud to represent Alpine in the World Endurance Championship, and this feeling is growing as we keep scoring podiums, wins and titles. The arrival of the production car allowed us to launch the A110 GT4 and Cup. Their first year of commercialization is not yet finished, but they have made their mark in the European landscape at an incredible speed. Now it's time to tackle Alpine's comeback rally."