Alpine A110 awarded second consecutive Sports Car of the Year Title at 2020 What Car ? Awards 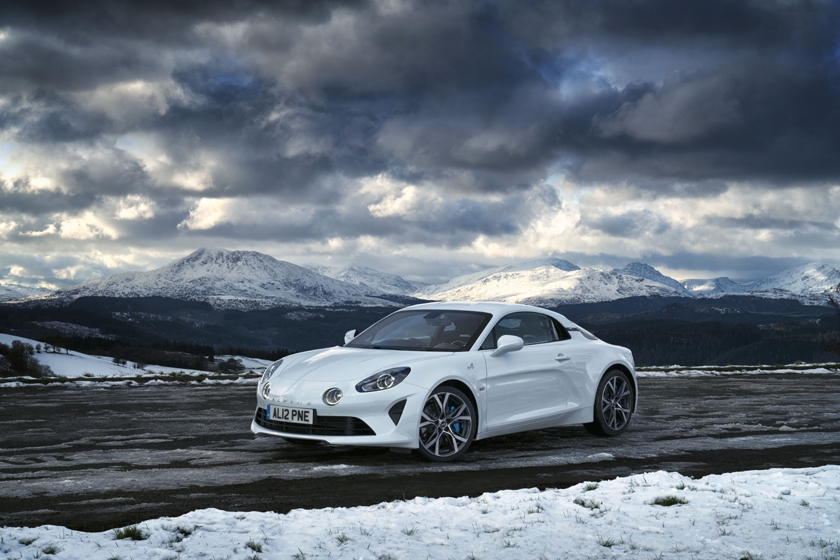 The Alpine A110 has been presented with ‘Best Sports Car’ title for the second year in a row by influential motoring magazine What Car? The prestigious title was presented at the 2020 What Car? Awards ceremony held at the Grosvenor Hotel in London.

The team at What Car? comprehensively test every car that goes on sale in the UK, and once again it was the Alpine A110 that impressed with its dynamic abilities and everyday usability.

Speaking about the A110, Steve Huntingford, Editor of What Car? said: “Key to the appeal of the reborn Alpine A110 is its featherweight construction; it weighs a whopping quarter of a tonne less than some rivals. That in turn means that its suspension doesn’t have to be overly stiff, it’s tyres especially wide nor its engine massively powerful for it to perform as well as it does. With steering that chatters continuously about the road’s surface and even reasonable running costs on its side, the A110 is simply unmatched among sports cars.”

Patrick Marinoff, Managing Director, Alpine commented: “The A110 has received some prestigious awards over the past 18 months, yet both me and the team experience the same sense of pride and reward. This second award from What Car? gives us a real sense of satisfaction and we continue to be thrilled that the A110 remains so popular with the UK press and buyers.”

The A110 is available in three trims - A110 Pure, A110 Légende and A110 S. The Pure encapsulates the driver-focused spirit of the original Berlinette, whilst the A110 Légende has more of a touring character with sophisticated interior materials and six-way adjustable comfort seats. The A110 S delivers more power and bespoke chassis settings for an even more intense Alpine driving experience. The Alpine A110 is priced from £47,810 OTR.

Mehr in dieser Kategorie: Alpine Exhibition at the International Automobile Festival of the Invalides: Between Retrospective and Prospective »