Dacia Bi-Fuel: At a glance 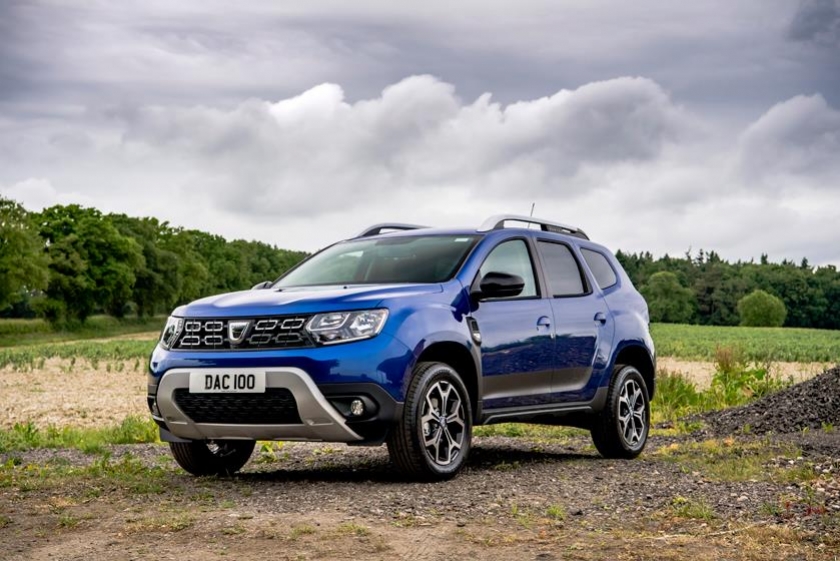 • Dacia is the first manufacturer to offer LPG versions across therange, available direct from the factory
• LPG versions of Dacia Duster, Sandero and Logan MCV models are now available, badged TCe 100 Bi-Fuel
• All use new 1.0-litre turbocharged dual-fuel powertrain, combining petrol and LPG capabilities and delivering superior torque in LPG mode
• Customers benefit from choice of both LPG and petrol on the move, a combined range of more than 620 miles, as well as CO2 reductions in LPG mode
• Emissions savings of up to 11 per cent for the award-winning Duster, and nine per cent for the Sandero, with up to 2.4 tonnes CO2 saving over a four-year period
• LPG sales are on the increase in Europe and already popular in many countries, costing around 40 per cent less on average to refill than petrol
• Owners benefit from an average of £594 savings on their annual fuel bill with the new dual-fuel system, or nearly £2,400 over a four-year PCP
• Practicality of all models is retained with no impact on boot space despite the additional LPG fuel tank
• Servicing and maintenance intervals identical to standard petrol models with the same three-year, 60,000-mile warranty

Dacia in the UK

Since arriving in the UK in 2013, the Dacia brand has been a runaway success. The Sandero and Duster first arrived with customers in January of that year, and since then the range has expanded to include the Logan MCV. The award-winning Sandero and Duster have both evolved since then, with a successful second-generation model of the Duster becoming the UK’s most popular Dacia, and an overhauled version of the Sandero each carrying favour with buyers since.

The popularity of Dacia’s rugged, no-nonsense image has also meant Stepway versions of the Sandero and Logan MCV have been introduced with great success. The Sandero Stepway is the UK’s favourite Sandero model, while the Logan MCV Stepway delivers desirable crossover styling, rugged ability and a vast interior for a true jack-of-all-trades model.

Over the course of the last seven years, Dacia has sold more than 175,000 cars in the UK, thanks to attractive prices and great value for money – and that’s before we get on to the ability of all the models on sale. Practicality, comfort, safety and versatility are guaranteed across all Dacia models, and with an expansive range of body styles, engines and specifications to choose from, buyers have never had it so good.

It’s also easier than ever to buy an award-winning Dacia with Dacia Buy Online and a suite of other useful digital sales tools that make the buying experience simple, effortless and nononsense, including the Virtual Showroom where dedicated experts will guide you around Sandero and Duster models like you’re there in person. And with Dacia’s no-haggle approach to pricing, it’s easy and stress-free for the buyers too, as everyone who buys a Dacia gets a good deal.

Dacia has been successfully producing LPG-fuelled cars in other markets for many years, with one in three Dacia vehicles purchased in Italy specified with the Bi-Fuel LPG powertrain.

The Bi-Fuel LPG powertrain now available in the UK uses an all-new 1.0-litre TCe 100 turbocharged petrol engine linked to an additional LPG tank. The LPG tank – fitted at the factory on the existing production lines – is located beneath the boot floor in place of the spare wheel. The tank is six times thicker than a regular fuel tank to ensure safety, and is made from high resistance steel and meets all safety regulations that are required by law.
A filler nozzle for LPG is located behind the existing fuel filler flap next to the regular petrol one, with a 32-litre tank fitted to Sandero, Sandero Stepway, Logan MCV and Logan MCV Stepway models. The larger Duster benefits from a slightly larger 34-litre LPG tank. Filling with LPG is simple, and takes barely two minutes at a filling station. As there’s no uniform standard for LPG fuelling stations across the globe, a small but easy to attach adaptor for the UK’s filling pump is supplied in the car.
In operation, the Bi-Fuel system is activated by a simple switch in the cockpit for the driver to select which fuel to use, with a gauge to display the LPG fuel level. The car always starts in petrol mode but, once up to temperature, can be changed to LPG via the switch to benefit from the fuel savings straight away. If the LPG runs out, the car will automatically revert back to petrol power with no action required from the driver – other than to fill up with LPG at some point. As the car starts in petrol mode, there always needs to be some petrol available within the standard tank.
The basis of the whole system is a new TCe 100 petrol engine – a 1.0-litre threecylinder petrol with the benefit of running on two always-available fuels. Used across all Dacia models, it’s an engine that’s received intense development by Dacia engineers to specifically run on petrol and LPG without compromising on reliability or quality. In the past, performance in LPG mode would typically be weaker compared with petrol, however the TCe 100’s 160Nm of torque in petrol mode is boosted to 170Nm in LPG mode.
Why buy LPG
LPG is the third most popular fuel type for vehicles globally (around 26 million), and an increasingly favourable choice across Europe, especially in Italy, Poland, Spain and Portugal. The addition of an LPG tank brings longer driving ranges to regular petrol vehicles, along with much lower refuelling costs and reductions in CO2 emissions and harmful NOx emissions. It offers the best of all worlds, with a smaller price walk than going from petrol to diesel versions of the same model.

As a result of having two fuel tanks, a significant benefit is an increased driving range before needing to fill up again. Typically, Dacia Bi-Fuel models are capable of a minimum of 620 miles cumulatively – that’s Brighton to Inverness without the need to visit a fuel station. That makes journeys easier to plan with the convenience of fewer stops needed to refuel and the kind of driving range you’d expect from a very efficient diesel.
When you do need to refuel, the benefits of LPG become even clearer – it costs significantly less than petrol or diesel. In fact, it’s around 40% cheaper at the pumps. And with annual fuel savings of around £594 compared with other fuels, the Dacia Bi-Fuel option is a very tempting one. That equates to around £2,400 over the course of a four-year PCP plan.
There are also environmental benefits to an LPG engine. It emits around 11% less CO2 than an equivalent petrol engine, meaning switching to LPG mode in urban areas is benefitting the environment. That’s easy to do as the LPG system is ready to use as soon as the engine is up to temperature. It also reduces the amount of harmful emissions entering the atmosphere. As a result, LPG vehicles are not impacted by restrictions during times of pollution peaks or future charges for entering built-up areas, such as Clean Air Zones and London’s ULEZ.
The Sandero, Sandero Stepway, Logan MCV and Logan MCV Stepway Bi-Fuel models produce between 113g/km and 124g/ km of CO2, while the Duster produces just 127g/km to 133g/km of CO2, based on the regular petrol engine. When it runs in LPG mode the emissions are lower, which is why the most effective use of the Bi-Fuel engine is around town.
The LPG network in the UK is also easily accessible with around 1,200 locations across the country. It’s a simple process to refuel as well, taking just a couple of minutes.
All Dacia models fitted with the new Bi-Fuel engine also benefit from the same three-year 60,000-mile warranty as the rest of the range, covering the car and the conversion, so there’s nothing to worry about. It’s an official conversion in the Dacia factory with all the safety components needed and required by law to eliminate any risk.
For more information visit https://www.dacia.co.uk/
View the embedded image gallery online at:
https://projekt-renault.de/index.php/dacia/item/2016-dacia-bi-fuel-at-a-glance#sigProGalleria4630772ce0
Gelesen 254 mal
Tweet
Publiziert in News 2020
Schlagwörter

Mehr in dieser Kategorie: « Dacia launches inventive Car Ad made during Lockdown to show You can do a lot with a Little