New 1.3 TCe engine: a new-generation powerplant for the Renault range 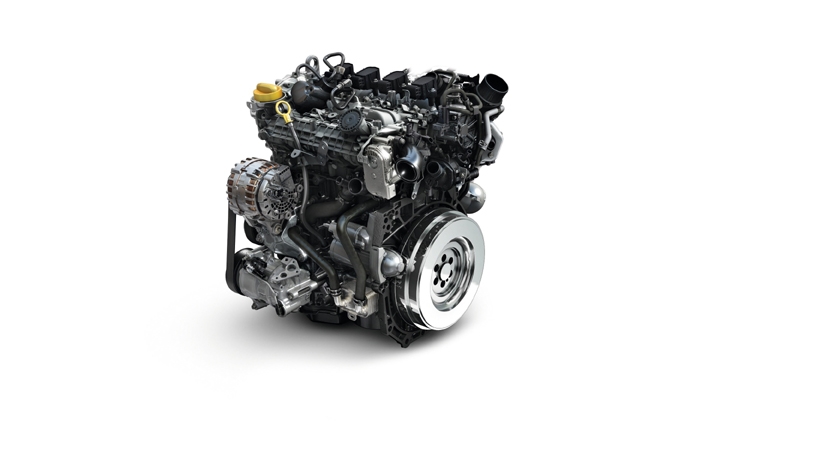 Renault is to present a new 1.3 direct-injection turbocharged petrol engine, co-developed by the Alliance and Daimler, under the bonnets of Captur and Scénic in a world premiere at the 88th Geneva Motor Show.

The new TCe engine incorporates the latest Alliance-developed innovations, including Mirror Bore Coating, a cylinder coating technology used for the Nissan GT-R engine to improve energy efficiency by reducing friction and optimising heat conduction. Other technologies have been introduced to boost driving pleasure and reduce fuel consumption and CO2 emissions, such as direct injection with fuel pressure increased to 250 bar and a special combustion chamber design to optimise the air-fuel mixture. Double cam-phasing Variable Valve Timing (VVT) technology is also a feature of the new engine. This system controls the intake and exhaust valves as a function of how the engine is being used. The result is higher torque at low revs along with ampler, more consistent torque delivery at higher engine speeds for a significant improvement in driving enjoyment and pick-up.

“Our new petrol engine harnesses the expertise of the engineers that work for Groupe Renault, the Alliance and our partner Daimler. It meets the high quality standards of both the Alliance and Daimler and was submitted to more than 40,000 hours of testing and simulation running. It has a global calling and will be manufactured in five plants to the tune of around one million units annually in the future,” commented Philippe Brunet, Vice President, Powertrain and Electric Vehicle Engineering for the Alliance.

Mehr in dieser Kategorie: « Renault e.dams and Sebastien Buemi clinch their third podium finish on the bounce! Renault Talisman is playing tough with the limited version S-Edition, more sporty and powerful than ever. »