A top-drawer calendar for the Clio Trophy France 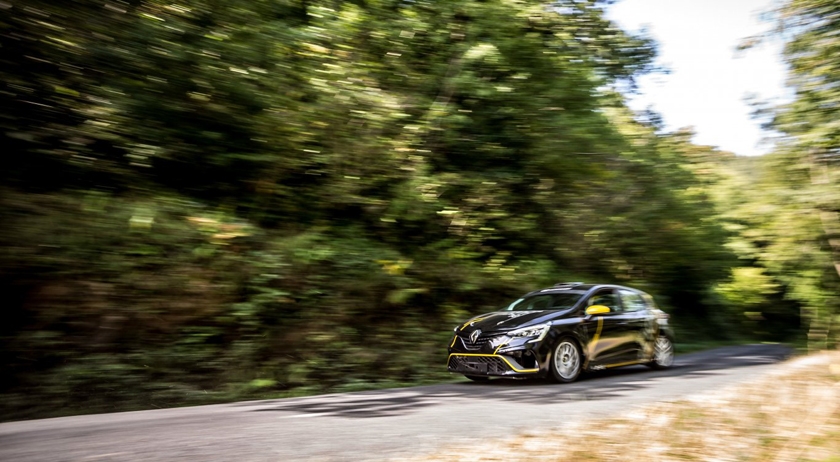 The first car complying with Rally5 regulations to have competed in the FIA World Rally Championship during the Rally of Mexico, New Clio Rally will make its competitive debut in France in the Clio Trophy France to be held over five rounds of the FFSA French Tarmac Rally Championship. However, the calendar remains subject to changes related to the health situation and lockdown lift measures.

Benefiting from all the Renault Sport Racing know-how and more than 10,000kms of testing and development, New Clio Rally made its competition debut on the rough and suffocating Rally Guanajuato Mexico, a WRC round.

Initially planned for this week’s Rallye Antibes Côte d’Azur, these first competition kilometers on the French special stages were put off with the postponement of the Côte d’Azur event and the cancellation of other rallies due to the COVID-19 pandemic.

Following discussions with all those involved in the category and the French rallying stakeholders, the Clio Trophy France has amended its calendar and will now feature in the five remaining rounds of the FFSA French Tarmac Rally Championship.

On the first weekend of September, the Rallye Mont-Blanc Morzine will then be the opportunity to check out the car based on the Clio R.S. Line and powered by a four-cylinder, 1330 cc, TCe 16-valve engine for the first time in anger in France. The crews will then head to the Rallye Cœur de France, Rallye Antibes Côte d’Azur and the Critérium des Cévennes before the season-ending Rallye du Var in late November.

Attracted by the affordability and versatility of New Clio Rally, the first-rate calendar, sporting and technical fairness and the excellent bonuses and award scheme throughout the year, the competitors were quickly won over by the new formula offered by Renault Sport Racing with more than 35 duos having already entered and who will take possession of their cars in early of July to field the most impressive field in the French Championship.

The service park will include well-known figures from the Renault feeder series as well as new Juniors, Gentlemen and Women ready to compete on the most beautiful roads in France. More than 15 Juniors will actually battle for an official programme in 2021 with Renault Sport Racing and the winning squad in the new teams classification introduced this year.

Renault Sport Racing has also confirmed the principal new features of the sporting regulations this season, such as the "Jean Ragnotti" Power Stage on the first pass of the longest special stage of the second leg of each rally and the Challenge Réseau Renault, designed to strengthen the links between the crews and the brand’s dealerships.

Click here to find out more about the 2020 Clio Trophy France season.

Mehr in dieser Kategorie: « The Formula Renault Eurocup confirms its international calendar for 2020 New calendar for the Clio Cup France »