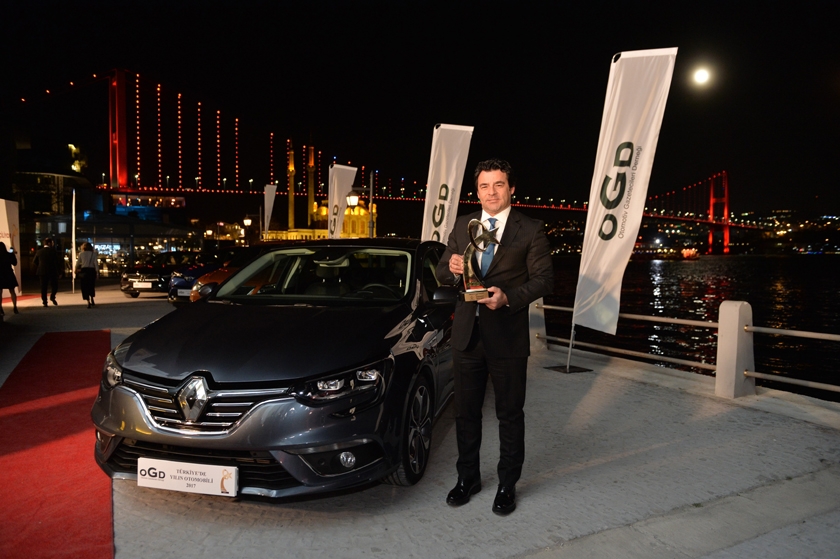 Renault Mégane Sedan has been named Car of the Year in Turkey, its main market, in the Association of Automotive Journalists-organized competition’s second year.

In the first round, seven models were selected from a shortlist of 25 nominated by 78 AAJ members. Of these seven finalists, Mégane Sedan scored 4,430 points (+440 points compared to second place) to claim the Car of the Year prize which is based on design, handling, ergonomics, emissions rates, safety, equipment specification and value for money.

The award was presented to Renault Mais’s General Manager Berk Çağdaş by Ufuk Sandık, the Chairman of the AAJ’s Executive Board.

“I would like to thank the Association of Automotive Journalists. A multi-million euro investment and the work of thousands of people went into this car, plus major input from engineers and staff here in Turkey. We are aware of the importance of this award and of the responsibility that comes with it.” Berk Çağdaş, General Manager, Renault Mais.

Mégane Sedan is produced exclusively at the Oyak Renault plant in Turkey, from where it is exported in 68 countries worldwide.