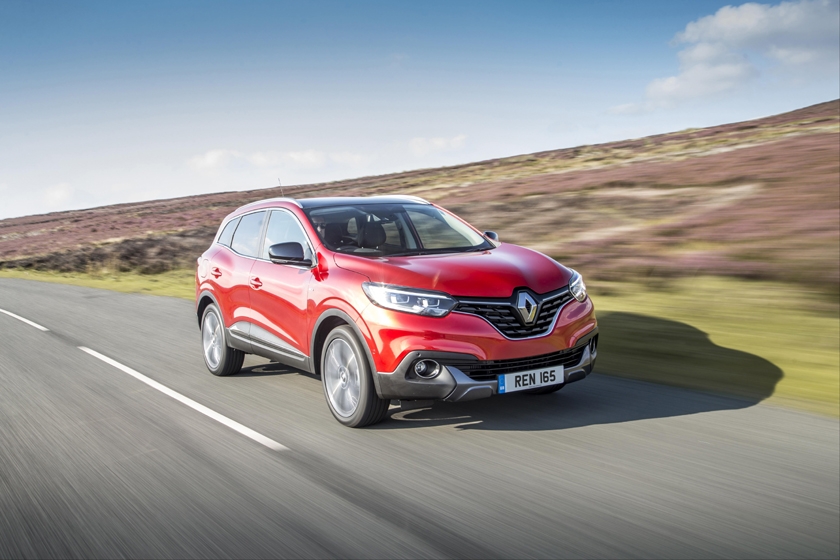 Renault has strengthened its Kadjar crossover line-up with the addition of a new high power petrol engine and a new transmission option that are both available to order now with UK deliveries commencing later this month.

As the most powerful engine in the Kadjar range, the 165hp turbo-charged petrol engine provides a maximum speed of 127mph and a 0-60mph time of 9.2 seconds and is mated to a six-speed manual transmission. Economy and emissions are comparable with those of the TCe 130 engine with CO2 emissions as low as 134g/km and economy of up to 47.1mpg (NEDC Combined). The newest engine to be available on Kadjar can be specified from Dynamique Nav trim level upwards. Ordering is open now, with prices starting from £22,915 OTR.

With the launch of these new engine and transmission options, Renault Kadjar customers are now able to choose from a total of four engines and three transmissions across five trim levels.

Hands free functionality has been upgraded from Dynamique Nav and above with the introduction of a Hands free Keycard with Walkaway Function. The driver can keep the key in their bag or pocket and when walking towards the Kadjar, the daytime running lights will turn on, the door mirrors will unfold, puddle lights will illuminate and the car will unlock all automatically. When walking away from the Kadjar, the daytime running lights will turn off, the door mirrors will close and the car will lock, again automatically.

Since it arrived in the UK in September 2015, the Kadjar has strengthened Renault’s presence in the crossover market – building on the success of its compact crossover sibling, Captur. Signifying the completion of Renault’s crossover range, the All-New Renault Koleos D-segment crossover launched this summer. The Kadjar’s combination of striking design, efficient powertrains, spacious interior, high levels of standard specification, and five-star Euro NCAP rating have proved a hit with British car buyers with sales of over 45,000 since launching in the UK two years ago.

The Renault Kadjar range starts from £19,785 OTR and comes with a four-year warranty and Renault Assistance package as standard.