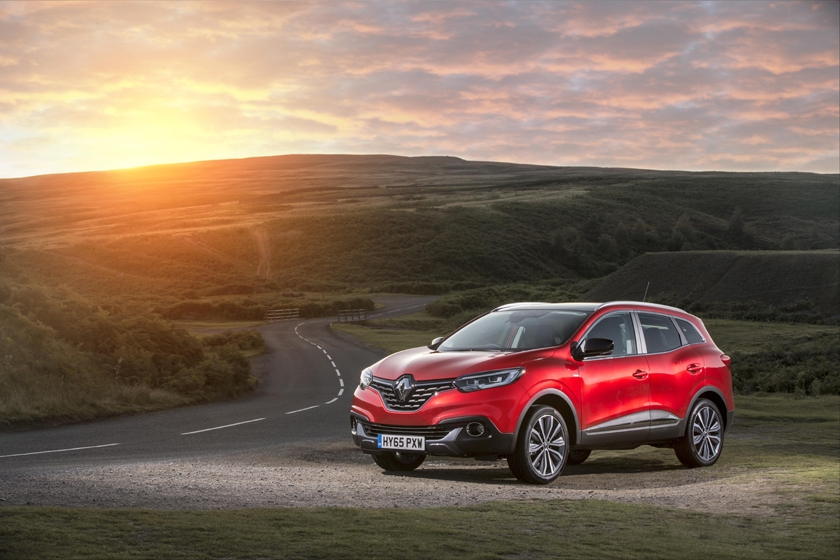 The Renault Kadjar has added to its many accolades by being voted the Best Used Car and Best Used Mid-Size SUV in the Auto Express Used Car of the Year 2018 awards.

The duo of awards add further strings to the bow of the highly acclaimed Kadjar, officially recognising its unrivalled appeal and suitability as a pre-owned vehicle.

After trawling the classifieds and comparing the Renault Kadjar against its rivals and all other potential used cars across 17 categories, the Auto Express judging panel praised the popular crossover for its unbeatable package of value, style, driving dynamics and equipment.

Graham Hope, Editor, Auto Express, said: "The Kadjar is one of the best family SUVs on the road. It looks great, has some interesting tech and is good to drive, too, with decent performance and strong fuel economy across the range. And with used prices now starting from around the £11,500 mark, it is exceptional value as a second-hand purchase. Few cars appeal so much as an excellent all-rounder, and it is a worthy winner of our Used Car of the Year award.”

Vincent Tourette, Managing Director, Groupe Renault UK, said of the awards: “The Renault Kadjar is already a highly attractive proposition as a new car and these awards, which see it eclipse some very fierce and more expensive competition, confirm that it is just as desirable when it enters the used car market. Buying a used vehicle can be quite a daunting prospect for some drivers, but with the Kadjar being voted the best used car by such a highly regarded industry voice, customers are safe in the knowledge that choosing it is a decision that satisfies both the head and the heart. We’re delighted that Auto Express has recognised that the Renault Kadjar continues to provide cost-conscious drivers with a fantastic, even more affordable package as it becomes a used car.”

The latest awards add to the Renault Kadjar’s ever-growing trophy cabinet. The crossover has won myriad awards, including first place in the Off-Road/SUV category and third place overall in the Auto Express Driver Power 2016 awards, which are determined entirely by owner feedback, and Best Crossover in the 2016 Fleet World Awards.

Since its introduction in the UK in September 2015, the Kadjar has strengthened Renault’s presence in the crossover market – building on the success of its compact crossover sibling, Captur. Signifying the completion of Renault’s crossover range, the All-New Renault Koleos D-segment crossover launched this summer. The Kadjar’s combination of striking design, efficient powertrains, spacious interior, high levels of standard specification, and five-star Euro NCAP rating have proved a hit with British car buyers with sales of over 45,000 since launching in the UK.

Renault Kadjar customers are able to choose from a total of four engines and three transmissions across five trim levels. The range starts from £19,785 OTR and comes with a four-year warranty and Renault Assistance package as standard.

For further details on the Renault Kadjar, including the latest offers, please visit www.renault.co.uk