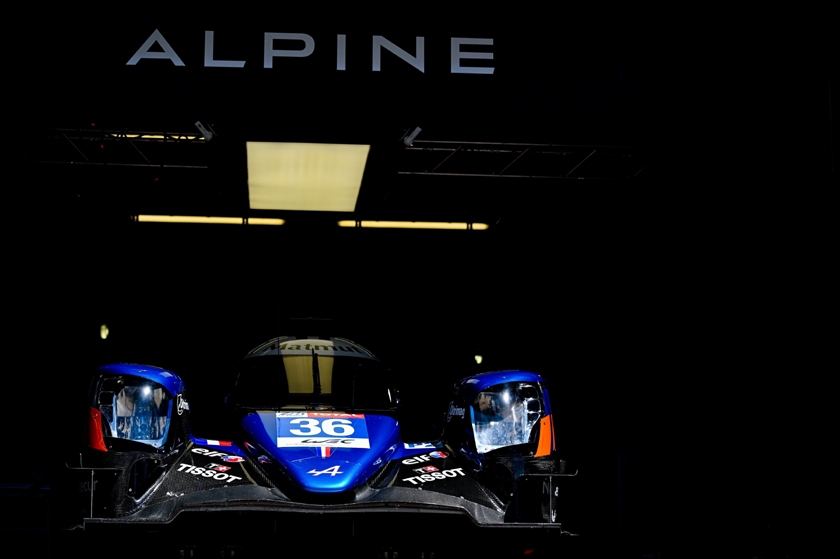 • Up and coming French driver Thomas Laurent will join the n°36 Alpine A470 driver line-up.
• Pierre Thiriet is on pole position to complete the trio.Held during the 24 Hours of Le Mans week, the Automobile Club de l’Ouest press conference revealed the provisional entry list of teams entered for the 2019-2020 FIA World Endurance Championship.

As previously announced, the Signatech Alpine team will continue its LMP2 programme with the Alpine A470 still carrying its number 36.

André Negrão will return for a third season with the Phillippe Sinault run team. In his first year with the French squad in 2017, the Brazilian finished on the podium in the 24 Hours of Le Mans as well as at the Nürburgring, in Mexico, at Fuji and in Shanghai while winning class honours at the Circuit of the Americas.

He then went on to take seven successive top three results, including a victory in the 2018 24 Hours of Le Mans with Pierre Thiriet and Nicolas Lapierre.

Nicolas Lapierre has chosen to take on new challenges and the entire Signatech Alpine Matmut team would like to thank him for a fantastic four-year adventure that led to the world title in 2016 as well as six victories, including the 2016 and 2018 24 Hours of Le Mans, and 19 podium finishes ahead of the last round of the 2018-2019 Super-Season.

The team has chosen to replace him with the very promising 21-year-old Thomas Laurent.

Since his debut in 2015, Thomas Laurent has proven to be an Endurance natural. After winning the 24 Hours of Le Mans support race Road to Le Mans in 2016, he battled for the victory in the French classic a year later.

While his LMP2 barely lost out to a Porsche LMP1, he won the Jean Rondeau award given to the best rookie in 2017. He then continued his progression in the top tier category and it wasn’t long before he enjoyed more success. In his third start, he took his maiden overall win in the 6 Hours of Silverstone last August.

The name of the third driver will be announced in the weeks to come, but Pierre Thiriet and Signatech Alpine have expressed their common desire to extend their adventure next season.

"We are very happy to continue on in the FIA World Endurance Championship with a driver line-up that promises to be competitive and coherent. We know Andre very well and the desire to continue the adventure together was announced quite early and naturally. This same desire encourages us to extend our relationship with Pierre. Nicolas has chosen to take on a new challenge and it is never easy to replace a driver of his stature who brought so much to the team and to Alpine, and vice versa. We are going our separate ways with the satisfaction of a job well-done and with many memories and emotions. Thomas Laurent is the future. We have been following him for a long time since we gave him his first opportunity to drive an LMP2 car in 2016. The opportunity to work together came about and we are delighted to have the best French Endurance hopeful with the same state of mind, the same desire and the same lineage that we have built with Nicolas in recent years. This was an obvious choice for us and Thomas is showing a lot of confidence in us in joining the team for the next stage of his career."