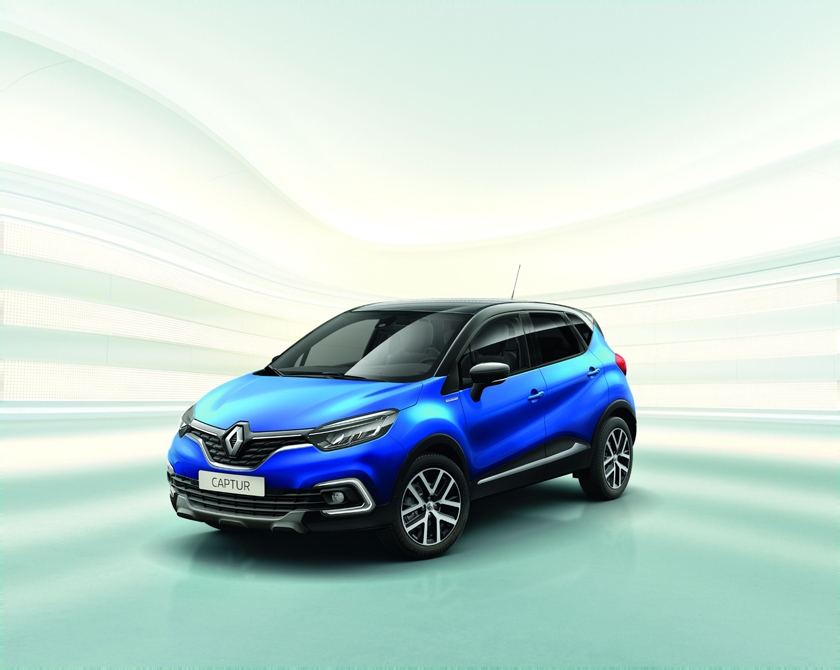 Renault is introducing a new style-focused version of its popular Captur small SUV that blends the best of Renault’s style and technology. Sitting above Captur Play and Iconic, and below Captur GT-Line, the S Edition model has new interior finishes and technology that makes life easy as well as a three-strong engine line-up. The new Captur S Edition provides a captivating value for money offering that’s on sale today at Renault dealers nationwide and will be available to order and test drive this month.

Interior: Alcantara™ as standard
A highlight of the new Captur S Edition is the Alcantara™ upholstery, which offers enhanced comfort. The Alcantara™ seats are trimmed with red stitching, while the steering wheel, handbrake and gear lever are finished in leather.

Each of the A-, B- and C-pillars are black and the roof lining of the Captur S Edition is dark-coloured to accentuate the red colouring that’s featured throughout the interior. The edging of the seven-inch colour touchscreen is also styled in red. Further interior styling elements include the aluminium pedals.

The Captur S Edition includes a variety of standard equipment that boost comfort and convenience, such as navigation, DAB radio, rear parking sensors, and automatic headlights and windscreen wipers.

Exterior: Contrasting style elements
The stylish exterior design has proven popular with buyers across Europe. On the S Edition the lower door accents are coloured in Gun Metal Grey, as are the front and rear skidplates. The Captur S Edition has 17-inch ‘Filante’ alloy wheels that are exclusive to the model.

The Captur S Edition is available in a choice of six bodywork colours with an optional, no cost choice of a black roof and black door mirrors. At additional cost the roof and door mirrors can be painted in Ivory or Mercury.

Engines: A broad choice
Three engines complete the Renault Captur S Edition line-up, with a diesel motor being joined by two petrol units. The diesel opens the range in dCi 90 form. This is available with a choice of a five-speed manual or a five-speed Efficient Dual Clutch automatic gearbox. The MPG of the 90hp engine ranges from 51.3 to 53.2 (WLTP¹) for both the manual and automatic versions, while the CO₂ figure is 110 g/km (NEDC¹) for the manual and 112 g/km for the EDC automatic.

Completing the line-up is the TCe 150 petrol engine, that is available exclusively with a six-speed EDC automatic gearbox. Fuel economy is rated at 42.8 – 43.5 MPG and the CO₂ figure is 125 g/km.

Renault Captur: Full range
Renault’s versatile Captur SUV is available in three other trims that are consistent with the Reanult EasyLife range. These are the Play, Iconic and GT Line variants. EasyLife provides customers with a simple choice of three trims and offers better value for money, and enhanced looks with enhanced equipment when compared to the previous model line-up. The new S Edition fits between Iconic and GT Line.

Standard on the entry-level Captur Play, are electrically adjustable and heated door mirrors, a hands free keycard with a push button to start and stop the engine and front and rear LED daytime running lights.

Each Captur also comes with a long list of safety equipment as standard, including ABS with Emergency Braking Assist, Electronic Stability Control, and a seatbelt-unfastened warning sound.

As well as Renault’s EasyLife range line-up, also available is the EasyLife service pack. This allows the customer to enjoy three years of servicing for just £299. This is in addition to the three-year warranty and the three years of roadside assistance that every new Renault comes with.

¹ Equivalent NEDC value obtained from WLTP figures, aiming to reflect a closer representation of the ‘real-world’ fuel consumption and CO₂ figures. Real world fuel (actual) consumption can vary as the fuel efficiency of a vehicle is influenced by driving behaviour, weather and road conditions. The use of technical equipment for example air conditioning, can also affect the fuel consumption.