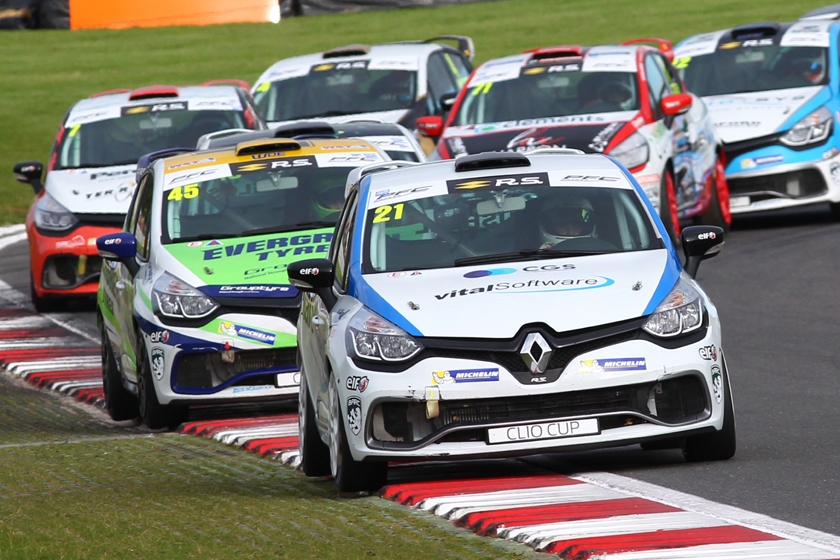 Mike Bushell will target a third Renault UK Clio Cup title in 2019 after confirming a shock return to the championship with Team HARD.

Bushell, Champion in 2014 and 2017, will aim to become only the second driver in history (alongside four-time Champion Paul Rivett) to win Europe’s most competitive single-make saloon car category more than twice.

The 29-year-old from Tunbridge Wells, Kent commented: “The plan had been a second season with Team HARD. in the British Touring Car Championship but a few sponsorship deals haven’t worked out so it’s back to the Clio Cup.

“It’s similar to the move I made after my first season in the BTCC in 2015 and I’ve always said if I can’t race in touring cars then the Clio Cup is the best place for a driver to be.

“I’ve had no hesitation in making this decision – the professionalism and type of racing means that, as a driver, you stay sharp and you know the cars are equal. Plus, of course, there’s all the exposure with it being at the BTCC’s events which means huge bang for your buck.

“While of course I’d love to have been staying on the BTCC grid, this is the best alternative to remind people of how competitive I am and to write my own piece of history in one of the best race championships.”

The 2019 Clio Cup season starts with the championship’s opening two rounds at Bushell’s home circuit of Brands Hatch on the weekend of Sat 6/Sun 7 April.

Its calendar comprises 18 rounds in total – two each at nine of the BTCC’s high profile events. These command live television coverage on the free-to-air channels ITV4 / ITV4 HD and the action is also live-streamed by ITV Sport to mobile devices. Trackside crowds average over 38,000 people per event.

Already confirmed in Team HARD.’s 2019 Clio Cup line-up are Max Coates (Scorton), Ethan Hammerton (Northallerton) and Jade Edwards (Northampton) – each is expected to be in the running for the title or race wins.

Team HARD. Principal Tony Gilham said: “I am gutted that Mike won’t be on the BTCC grid with us in 2019 – he’s not only proved to be a firm favourite with fans, our partners and the team; he is also one of the main reasons for our turn in form during the second half of 2018

“However, he is very much part of the Team HARD. family so it was a ‘no-brainer’ to bring him into our Clio Cup team – particularly with his knowledge and proven track record in the category. In fact with Mike, Max, Jade and Ethan I believe our Clio Cup line-up is just about as exciting as it gets for a team in UK motor sport – we’ve no doubt whatsoever about the results they are going to deliver, plus the following they will bring should be immense.”