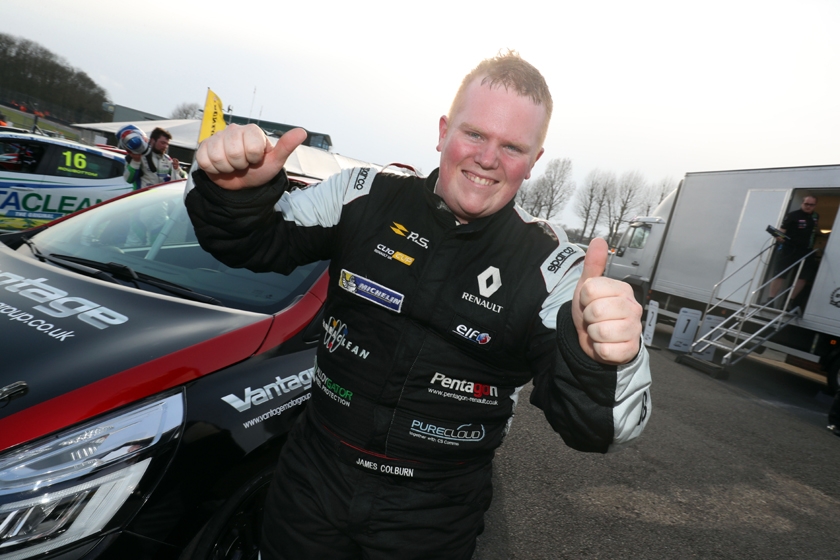 In the most recent rounds at Donington Park, Ben achieved his first top-three race result in the championship while Thompson was also able to battle for a podium position.

James now hopes his experience can to add support to their campaign at Croft. His outing there will be sponsored by Westbourne Motoring Assistance and Vantage Motor Group.

The 26-year-old from Worthing, now joint Westbourne Team Principal with father Richard, commented: “I’ve always loved competing in the Clio Cup and Croft is one of my favourite circuits so it’s too good an opportunity to pass up."

“I’ll admit I also want to contest the one-off Clio Cup international race at the French Formula 1 Grand Prix the weekend after so this makes me eligible for a place on the grid there but that’s why Croft is important – it’s a chance to blow away the cobwebs, although there’s a chance I might do a few more rounds later in the year."

“Also, while I’m not contesting the full Clio Cup season, I’ll still be going to Croft aiming for some podium results and hope either through tactics on the track or feedback off it I can help our full-time drivers to move closer to a race winning situation.”

Third is Max Coates (Scorton) – one of three drivers who will be competing in front of their home crowd at Croft. The others are his Team HARD team-mate Ethan Hammerton (Northallerton) and Westbourne’s Finlay Robinson (Harrogate).

Mehr in dieser Kategorie: « Groupe Renault gives a new Dimension to its On-Boarded Editorial content Platform and enters into a strategic Agreement with Publicis Groupe Renault offers up to £1,000 extra off with special F1 celebration event »
Nach oben