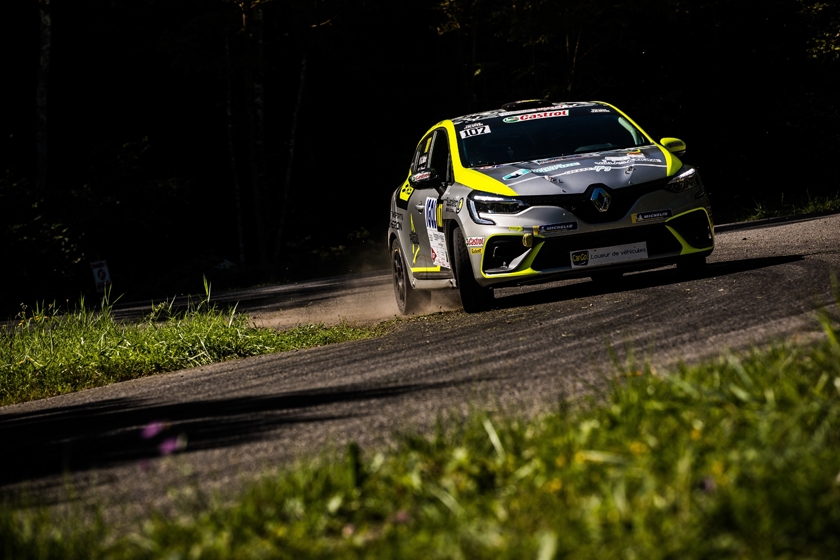 The new trophy dedicated to Renault Clio Rally5 within the Belgian Rally Championship continues its preparations before its launch as it announces its sporting aspects and a prize package unequalled at this level in the country.

Announced last month, the Clio Trophy Belgium has already established itself as the must-do access category in 2021 by attracting the interest of many leading teams such as Pieter Tsjoen Racing, the squad of the eight-time Belgian rally champion, and Olivier Cartelle’s CRT Sport team.

On the strength of this success, the promoter MY Racing and its partners Renault Sport Racing, Renault Belgium Luxembourg, Castrol and Michelin are taking a step forward by detailing new features of the Clio Trophy Belgium.

Crews will thus have the choice between a full-season entry giving them access to a complete package or an à la carte entry on one or two of their favourite events. Other options will also be available for drivers wishing to run a double campaign in Clio Trophy Belgium and Clio Trophy France.

In order to make motorsport accessible to all, all female crews will be offered their entry in order to promote diversity and the emergence of new talent within the Clio Trophy Belgium.

To reward competitors who have chosen to compete with Clio Rally5, the Clio Trophy Belgium will set up the most attractive bonus system in the two-wheel drive ranks in Belgium.

In addition to the bonus available to crews taking part in the first three rounds of the Clio Trophy Belgium, more than €10,000 in prize money will be divided between the top five overall and the top three Juniors (depending on the age set by the Belgian Rally Championship regulations) in each event.

At the conclusion of the season, the top three non-Juniors in the general classification will be rewarded while the top Junior will receive a boost to his or her career with an official programme of at least three rallies with Clio Rally4 in the 2022 Belgian Rally Championship.

As was previously announced, the first edition of the Clio Trophy Belgium will consist of five rallies equally divided between the regions visited by the Belgian Rally Championship calendar, which will soon be announced.

Already a fixture in France, the “Power Stage” will also be introduced in Belgium to spice up the action while also offering bonus points – like in the WRC – to the five fastest crews on the special stage selected beforehand by MY Racing.

Lastly, MY Racing will offer support and top-of-the-range services at each event thanks to its exclusive ties with Renault Sport Racing: access to the spare parts truck and hospitality area, the provision of service park kits, and the presence of technicians and scrutineers ensuring sporting and technical fairness between all the cars so that pure talent prevails.

The Clio Trophy Belgium in numbers