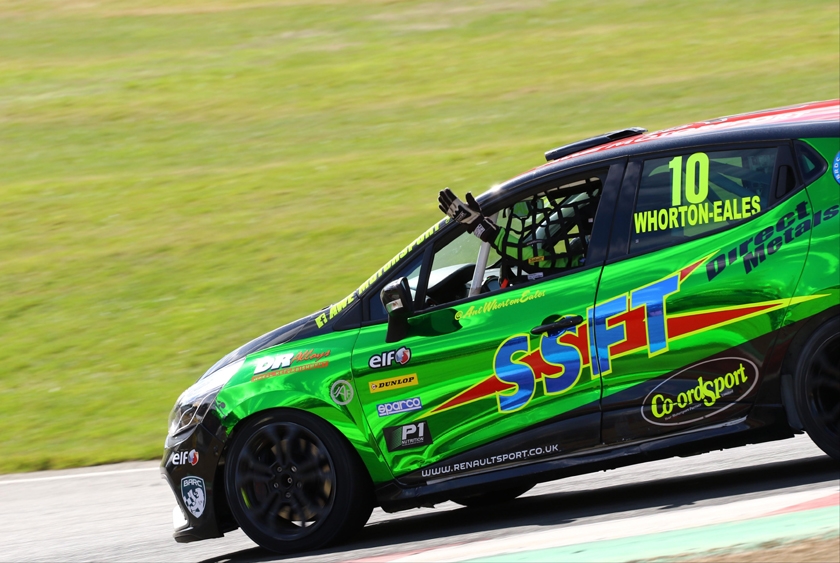 The Renault UK Clio Cup’s unrivalled reputation for producing the future stars of the British Touring Car Championship has been underlined once more this morning after reigning Champion Ant Whorton-Eales (Lichfield) confirmed his place on the BTCC grid for 2017.

Whorton-Eales announced his deal to drive for the AMDTuning.com team in Britain’s premier motor racing championship on the opening day of Autosport International – among the world’s leading motor sport shows (at Birmingham’s NEC). He will race one of AMD’s two Audis in the BTCC…

He joins 2015 UK Clio Cup Champion Ashley Sutton in moving straight to the BTCC grid. Other former UK Clio Cup racers account for more than half the drivers expected to be on this year’s BTCC grid – among them are the already-confirmed Mat Jackson, Andrew Jordan, Jeff Smith and Senna Proctor.

“Ashley showed that with some big results in his debut season in tourers in 2016 and I’m aiming to achieve similar things. The BTCC is the pinnacle of motor sport in the UK – in fact it’s one of the most revered racing championships in the world – so I’m under no illusions how tough it’s going to be, but taking on and competing with the best is what I’m here for.”

Sutton, who has yet to confirm any BTCC plans for 2017, said: “Once Ant has adapted to the bigger size of the touring car then he’ll be well away, no problem. The driving style you learn in the UK Clio Cup pretty much gives you everything else… I’d expect him to be towards the sharp end very quickly.

“Provided I’m on the BTCC grid in 2017 then I’d certainly look forward to rubbing panels with him again – we had some great races in UK Clio Cup in 2015 and in fact it was Ant who gave me a ‘warm welcome’ to tin-top racing in my very first round at Brands Hatch. Maybe I can give him a nice welcome to the BTCC…”

Renault Sport’s UK Motorsport Championship Manager Will Fewkes added: “Ant’s announcement this morning is yet more terrific news for the Renault UK Clio Cup. Time and again Renault Sport has produced the very best touring car drivers around and there can be no coincidence in that. 2017 sees us enter a new three-year deal to continue racing alongside the BTCC and in front of its enormous trackside crowds – we look forward very much to helping discover and shape more exciting new names for touring car fans and media to enjoy in the years to come.”