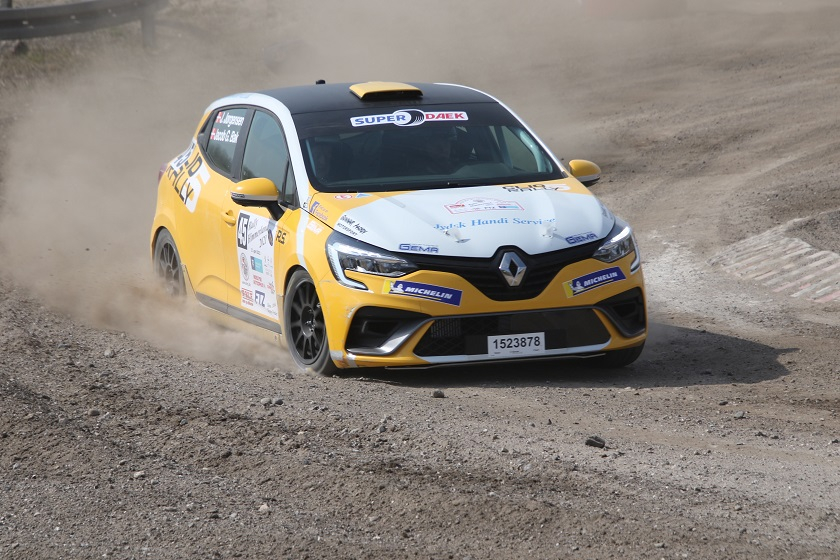 Renault Clio continues to shine all around the world. The Rally5 version added two more victories to its already impressive list of achievements this past weekend to celebrate the milestone of 225 Clio RSRs produced and delivered!

The success of the fifth-generation Clio designed for racing continues to grow, with 225 units already built and made available in just ten months.

Alongside Clio Rally5, Clio RX and Clio Cup, the Dieppe workshops have also begun production of the first Clio Rally4s, which are due to make their competition debut in May.

The Danish Clio Rally5 crew of Jan Jørgensen and Jacob Gernhøfer Bak won in their category on the Himmerland Rally, the opening round of the Danish Rally Championship.

In Italy too, the Clio Rally5 duo of Herve Milliery and Andre Perrin took top honours in their category on Rally Team 971 contested around Settimo Torinese.

The calendars continue to adapt to the health situation. Organised within the FIA European Rally Championship, the Clio Trophy by Toksport WRT will eventually begin on Rally Poland. The postponed Azores Rally will be replaced by the Liepaja Rally, scheduled two weeks after the season starts.

Competitors who have recently taken delivery of their Clio Cup cars will have a day of testing at Varano on Friday before beginning their Clio Cup Europe campaign at Monza (30 April-2 May).

Two Renault Clio Rally5 privateers are entered for the Croatia Rally. In the third round of the FIA World Rally Championship, Frenchman Pascal Pauget and Austrian Alfred Kramer will attempt to maintain the winning streak of the Clio Rally5 in its category.