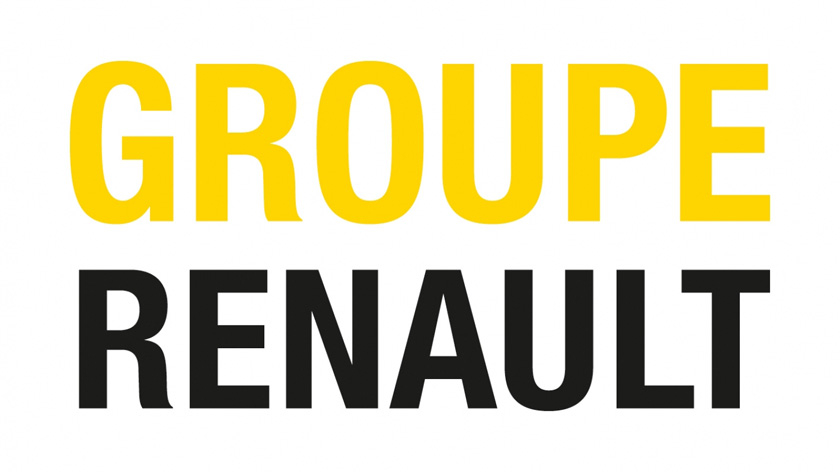 In a context still disturbed by the pandemic, Groupe Renault sold 665,038 vehicles in the first quarter of 2021, up 1.1% compared to the first quarter of 2020. This start of the year has confirmed the positive impact of the Group's profitability-oriented commercial policy, with a price effect of over 6 points. Besides, the Group is progressing on the most profitable sales channels.

In Europe, the market was up 3.9% supported by the strong momentum of the light commercial vehicle market. In this context, the Renault brand sold 250,163 vehicles up 2.7%.
In the European passenger car market, the electric and electrified versions of the Renault brand represented 23% of its registrations.
After the launch of Twingo E-TECH Electric, Renault brand continues to expand its line-up with the arrival of New Arkana E-TECH hybrid, New Captur E-TECH hybrid et New Mégane hatchback E-TECH plug-in hybrid in the second quarter.

In regions outside Europe, Renault is focusing on the most profitable segments : in India, the brand has successfully launched New Kiger in the fast-growing compact SUV segment; and in Russia, New Duster, on sale since March, is off to a strong start with a high version mix.

Dacia brand sold 121,231 vehicles (+10.2%) thanks to the success of the launch of New Sandero and the good performance of the sales of Duster. New Dacia Spring 100% electric promises to be a success, given the pre-orders already registered.

Lada brand sold 90,472 vehicles with a good performance in the Russian domestic market (+5.4%), supported by Granta, Vesta and the successful launch of NIVA Travel.

Automotive excluding AVTOVAZ revenues amounted to €8,566 million, down -0.3%.
In addition to the change in inventories, which explains most of the negative impact of the volume (-6.5 points), revenues were adversely affected by a negative currency effect of -4.3 points.
The price effect was a strong positive (+6.3 points) illustrating the new commercial policy implemented as part of the strategic plan “Renaulution”.
The sales of Zoe, Twingo E-TECH Electric and the momentum of demand for commercial vehicles contributed to the positive product mix effect of +2.4 points.

AVTOVAZ’s contribution to Group revenues amounted to €685 million in the quarter, down  -2.3%. At constant exchange rates and perimeter1, it would have increased by 20.9%.

Mobility Services posted revenues of €5 million compared to €6 million in the first quarter of 2020.

Sales Financing (RCI Bank & Services) revenues amounted to €759 million in the first quarter, down -8.2% compared to 2020, mainly due to the decline in the dealership activity and a negative exchange rate effect of -€24 million. The number of new financing contracts fell by -10.9%. Average performing assets amounted to €45.9 billion at the end of March 2021 down -6.9% compared to the first quarter of 2020. 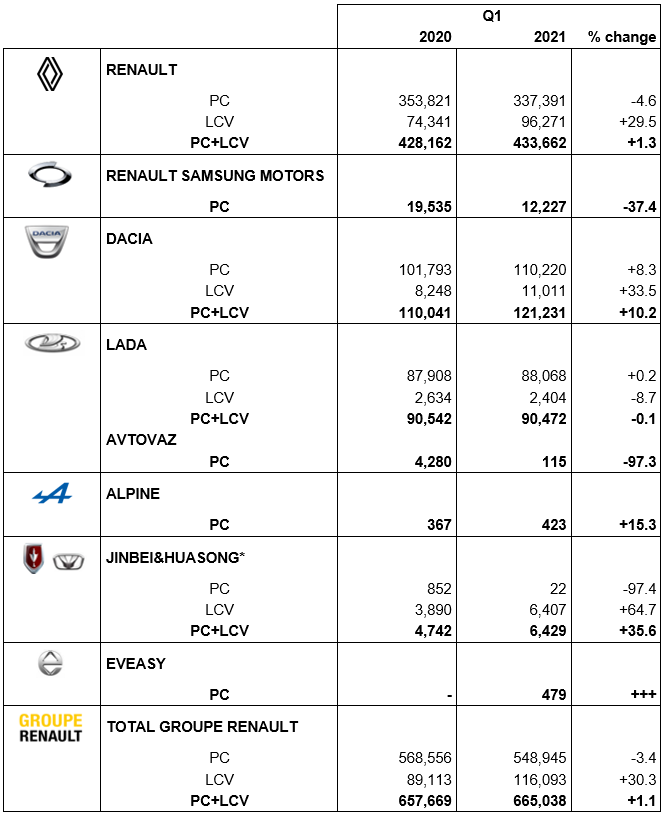 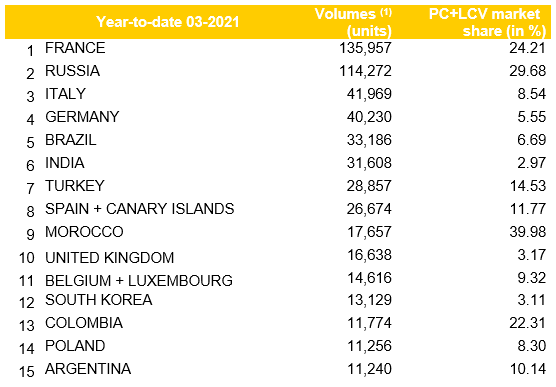 1In order to analyze the change in consolidated revenues at constant perimeter and exchange rates, Groupe Renault recalculates revenues for the current year by applying the average annual exchange rates of the previous year and excluding significant changes in perimeter that occurred during the year