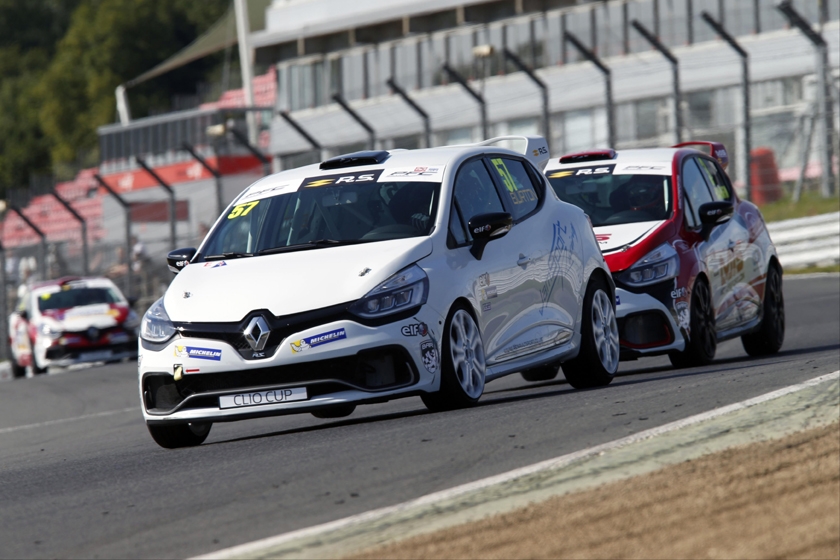 Indeed the category – for 14 to 17-year-old drivers – delivered first time out when it got under way last month with less than a second covering the grid around Norfolk’s lengthy Snetterton circuit. It was the same at Brands Hatch, Kent a fortnight later when positions in qualifying and the races were again decided by tiny fractions of a second…

Two wins have so far gone to Team Pyro’s Max Marzorati (Harrow) and one apiece to team-mate Lorcan Hanafin (Guiseley) and JamSport’s Ethan Hammerton (Northallerton) and each will be on a confidence high arriving at Pembrey.

However it is none of the above who leads the championship – that honour goes to JamSport’s Gus Burton (Colchester) who, thanks to consistently scoring well (two fourths and two seconds) tops the table by five points from nearest challenger Marzorati. Third, just three points further adrift, is MRM’s Jack Young (Belfast) who, like Burton, has been rapid every time out.

With a maximum of 68 points on offer from Pembrey’s two races (32 for a win; two more for fastest lap) it’s easy to see why WDE’s Connor Grady (Smallfield), JamSport’s Louis Doyle (Chorley), Hammerton and Hanafin who are next up in the standings are also still very much in the hunt.

In fact the gap from leader Burton to seventh-placed Hanafin is only 23 points and there is also a two-dropped-scores rule to consider which could yet play into the hands of Pyro’s Harry Gooding (Bridgwater) who missed the opening rounds.

Ultimately the eventual Champion will win a free registration into the senior Renault UK Clio Cup which races live on ITV4 alongside the British Touring Car Championship – a prize valued at £18,000.