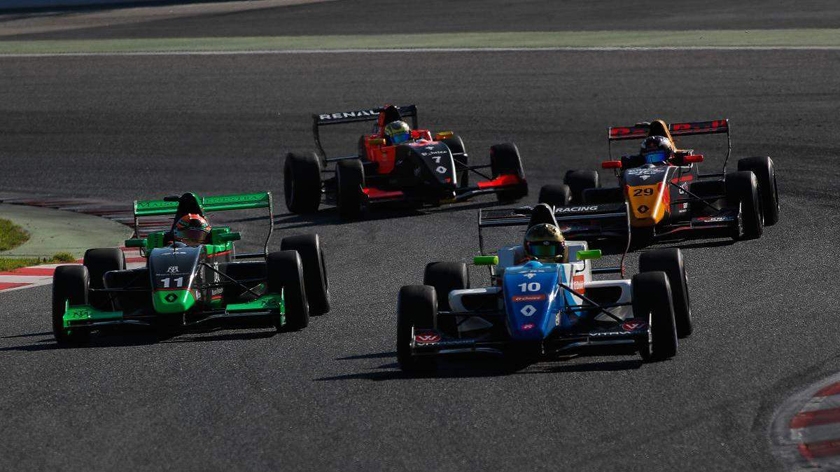 Just one day after the conclusion of the 2017 season, the Formula Renault Eurocup is already preparing for the future.

Resolutely focused on the detection and training of the best motor racing prospects, Renault Sport Racing will invite tomorrow 15 young and promising drivers for a day of testing the Formula Renault at Circuit de Barcelona-Catalunya. In all, 36 drivers will be present at the Catalan track.

Keeping with its annual tradition, Renault Sport Racing has invited a number of talented drivers to try their hand with a Formula Reanult in order to help them evaluate their options for 2018. The happy chosen will have two 3:30 sessions in which that will be able to put in a minimum of 250 kilometers, except for a problem of force majeure.

They will be joined by some of their most formidable adversaries, such as Felipe Drugovich, Oscar Piastri, Florian Venturi, Pierre-Alexandre Jean, Alexander Smolyar and French F4 Junior champion, Victor Martins.

Last year, Max Fewtrell had his first Formula Renault test during the rookie tests at Estoril. The then British F4 Champion went on to become the best ewcomer this year in the Formula Renault Eurocup.

Since 2013, the latest generation Formula Renault has taken Pierre Gasly, Nyck de Vries, Jack Aitken, Lando Norris and Sacha Fenestraz to the Formula Renault Eurocup crown. It has also accompannied Esteban Ocon on his way to Formula 1 as well as Charles Leclerc, George Russell and Harrison Scott on their respective titles in 2017 in F2, the GP3 Series and Euroformula Open.

Drivers invited to the Rookie Tests