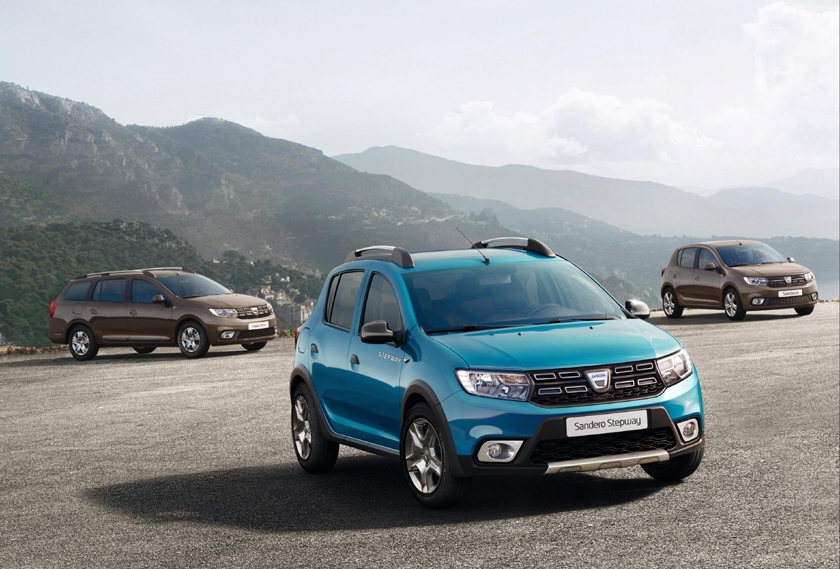 Dacia recorded its best-ever year of sales in 2016 since it experienced the most successful launch of any new car brand in the UK at the beginning of 2013. Sales of Dacia’s ever-popular range continued to grow in 2016 with sales increasing to 25,842 vehicles according to figures released today by the Society of Motor Manufacturers and Traders.

Over 92 per cent of Dacia sales are to retail customers and after four years in the UK car market, Dacia’s retail market share stands at 1.9 per cent.

The Duster SUV, Sandero city car, Sandero Stepway crossover and Logan MCV estate all struck a chord with Britons in 2016, with sales of the Duster and Duster Commercial up 17.1 per cent and 61.5 per cent respectively. Dacia’s overall market share currently stands at one per cent.

Commenting on the performance, Paul Flanagan, Groupe Renault UK Managing Director, said: “Dacia’s approachable, easy-to-understand nature has evidently appealed to the British public thanks to the brand’s unique proposition in the marketplace with something for everyone – the most affordable hatchback, estate and SUV available to buy in the UK yet with proven reliability and an award-winning track record. With a fully updated range recently unveiled in 2016, we look forward to witnessing a full year of sales for the new range in 2017 and fully expect the brand to continue to grow from strength to strength.”

Groupe Renault, which comprises Renault cars, vans and Dacia, significantly outpaced the UK vehicle market during 2016, with sales totalling 137,506 vehicles for a market share of 4.5 per cent – up 8 per cent from the year before and outpacing a total market growth of two per cent. These results make Groupe Renault the fastest growing volume franchise in the UK, outperforming the overall market for the fourth consecutive year.

Since the brand’s launch in the UK in 2013, Dacia has won numerous awards including What Car?’s ‘Best Small Car under £12,000’ for four consecutive years for the Sandero, has been in the top five, out of 35 manufacturers, of the Auto Express Driver Power customer satisfaction survey for three consecutive years and also ranked fourth out of 34 brands for customer satisfaction in the recent Which? Car Guide 2016.

Since relaunching to continental Europe in 2004, more than 4 million Dacias have been sold globally. In the UK, over 90,000 Dacia models have been sold since its launch in the country in January 2013.