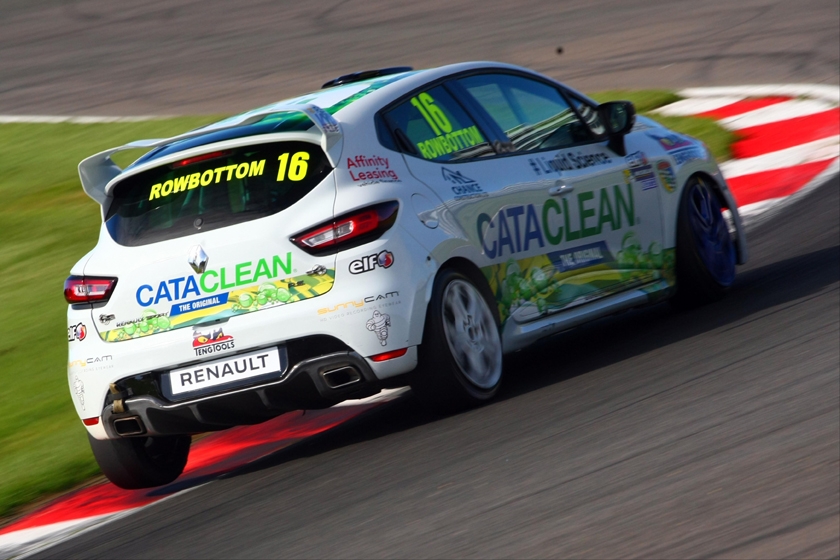 Continuing its sponsorship of Rowbottom will be advanced fuel system cleaning product Cataclean. He commented: “Pyro have won five of the last six drivers’ titles and I’m joining them with only one thing in mind – becoming Champion.

And Rowbottom continued: “Last year I was in a small family-run team and we ended up not a million miles off taking second in the standings. Mike Bushell was the runaway winner for Pyro – well now he’s moved on to touring cars for 2018 and I believe I can replace him as Pyro’s top driver.“Our first job is to head to Spain next week and start testing on the new Michelin tyre which looks like it’s going to be even faster.”

Rowbottom becomes the second driver so far to confirm their place on 2018’s grid with Pyro after the Leicester-based team also announced it had re-signed 16-year-old sensation Bradley Burns (Farnham).

Pyro Team Principal Mark Hunt said: “Daniel we feel is just the sort of driver to help Pyro keep on winning in the UK Clio Cup. His race craft and results – in both Clio Cup and other categories – speak for themselves and his starts are some of the best you will ever see. We look forward very much to working with him in 2018.”

The 2018 Renault UK Clio Cup gets under way with its opening two rounds at the famous Brands Hatch circuit in Kent on Sat 7/Sun 8 April. All 18 of its rounds will take place at the British Touring Car Championship’s high-profile events meaning it appears in front of huge trackside crowds (38,500 on average in 2017) and also live on ITV4.

Renault Sport’s UK Motorsport Championship Manager Will Fewkes said: “There is no doubt that Daniel is very determined to not just win races but also the title in 2018. His results in 2017 were very impressive and in Pyro he has a great team behind him.”