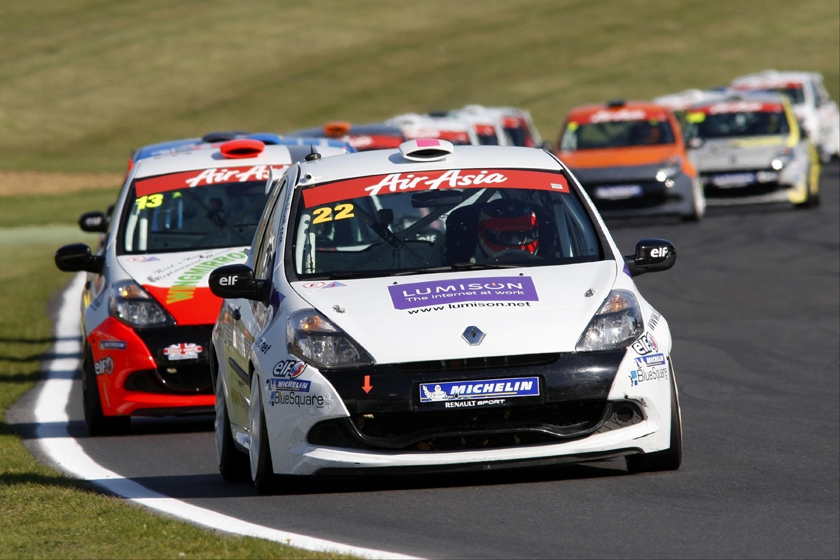 Triple Champion Paul Rivett (Epsom Downs) says “the best is yet to come” after confirming he will contest his 13th full season in the Renault UK Clio Cup in 2018 with the WDE Motorsport team.

Rivett previously won the Clio Cup in 2002, 2004 and 2011 and showed he had lost none of his flair last year when he finished runner-up in the standings following a fairy tale victory in his 200th race in the category.

The 39-year-old, now on 47 career wins and dubbed ‘Mr Clio Cup’, goes into 2018 confident he can make it four titles to his name. Supporting him will be primary sponsor Tachosys.

Rivett, who also helps to manage WDE, commented: “WDE has grown into one of the strongest teams on the grid and this year we will be stronger again in terms of driver line-up and also set-up behind the scenes.

“I believe I’m in with my best chance since 2011 and I am sure the best is yet to come from me as a driver. The one area I’d like to improve is qualifying – that hindered me in 2017 – but I know what needs doing. The stats say I have a 25 per cent hit rate when it comes to winning titles and I am more determined than ever to make it number four.”

He added: “The 2018 grid is looking as strong as ever and that has always been one of the Clio Cup’s great attributes – the quality of the grid and the level of competitiveness. You’d choose quality over quantity any time if you want credibility as a racing driver.

“Plus of course it’s part of the big show at the British Touring Car Championship’s events – massive crowds, live coverage on ITV4, professional organisation, great cars and the support from Renault who really understand what this sport is all about.”

Tomorrow (Thurs 15 March) Rivett will join the rest of the 2018 Clio Cup grid at Silverstone circuit in Northamptonshire for the championship’s annual Media Day launch. There will then be just over three weeks before the season gets under way at WDE’s home circuit of Brands Hatch in Kent on the weekend of Sat 7/Sun 8 April.

WDE Team Principal Wayne Eason said: “Paul is the ultimate pro – he knows every trick in the book and is just as passionate about seeing WDE perform at the front as he is himself. We are very excited about working with him again in 2018.”

Renault Sport’s UK Motorsport Championship Manager Will Fewkes said: “Paul has been a terrific ambassador for the Clio Cup down the years. His speed remains undiminished, his race craft is second to none and we look forward to seeing if he can clinch that elusive fourth title in 2018.”