Yifei Ye makes history with his win at Monza 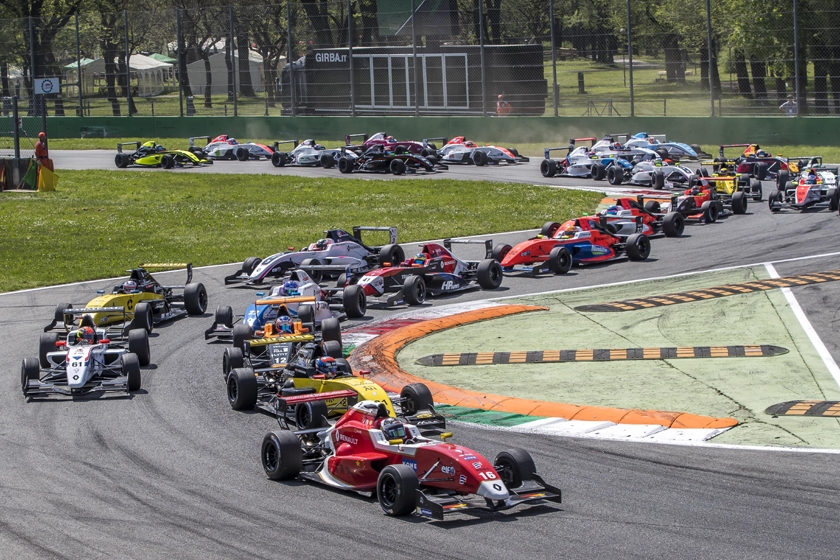 On Saturday, Yifei Ye (Josef Kaufmann Racing) became, at Monza, the first Chinese driver to win a race in the Formula Renault Eurocup.

This morning, Yifei Ye became the first Chinese driver to take the pole in the Formula Renault Eurocup. Dominating Group B with a lap of 1:48.772s, the Josef Kaufmann Racing driver was quicker than Lorenzo Colombo, who posted fastest time in Group A in 1:49.591s.

Group A - Group B

When the lights went out, Yifei Ye made the most of starting from pole, while his pursuers Christian Lundgaard and Max Fewtrell made contact heading to turn one. While the Dane held on to second place, his partner in the Renault Sport Academy driver had to make a trip to the pits.

On lap three, the safety car made a brief appearance to allow for the removal of the car driven by Alexander Vartanyan (JD Motorsport). At the restart, Yifei Ye held on against Christian Lundgaard and Lorenzo Colombo. Further back, the SMP Racing protégé Alexander Smolyar overtook Richard Verschoor for fourth place.

With a one-second lead, Yifei Ye kept a cool head to take his maiden win in the Formula Renault Eurocup ahead of Christian Lundgaard and Lorenzo Colombo, who scored the first podium for his team since 2015.

Following a trip through the turn one gravel trap, Max Defourny (MP Motorsport) made the most of the action-packed race up and down the order to finish ninth ahead of Thomas Maxwell (JD Motorsport).

Yifei Ye (Josef Kaufmann Racing): “It is brilliant to become the first Chinese driver to win in the Formula Renault Eurocup. It is not easy for us to try to make a career in Europe, so this is a good achievement. This morning, we put in a superb qualifying session. I really tried to focus on my final lap, which was going to count the most. Then, I just had to avoid making mistakes and stay ahead. Despite my good start, Christian was close, but I was able to manage my tyres to keep control of the race.”

Christian Lundgaard (MP Motorsport): “It is hard to say what happened at the first corner. Max and I were very close and unfortunately we made contact. It’s all the more unfortunate that we are both members of the Renault Sport Academy. After that, Yifei was very fast and it was hard to keep up even though the leading trio remained close together. I hope to do better tomorrow and that begins with a better qualifying session to challenge Yifei.”

Lorenzo Colombo (JD Motorsport): “Since the rookie tests last October, we have done an excellent job with JD Motorsport. This podium at my home track is the best way to demonstrate our ambitions for this season. I posted the best time in my qualifying group, but had to start sixth due to my mistake at Circuit Paul Ricard. Even before the first corner, I had moved up to fourth place before overtaking Richard Verschoor on the outside. I think third place is the best result we could have done today. As Christian Lundgaard was under investigation, I didn’t take any unnecessary risks.”