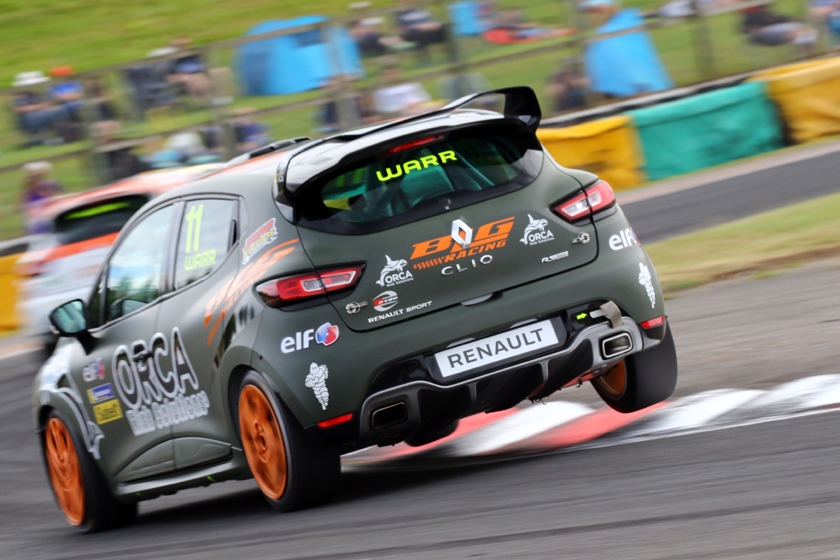 Luke made huge gains in performance during his first attempt at the Clio Cup – Europe’s premier single-make saloon car championship – in 2018.

It resulted in three points finishes and, on occasion, he was able to dice for results in the top ten.

He commented: “Our previous racing experience had been limited to club level and it was an eye opener when we turned up for our first Clio Cup event at Donington Park last April in front of the British Touring Car race day crowds.

“We were six seconds off the pace but by Rockingham we were only just shy by a second and mixing it in the mid-field.

“But the championship and the teams are very welcoming and helpful in terms of advice and offering support – our small team felt right at home and were having fun and that enabled us to really make progress. At the end of the season it was great to look back at how far we’d come and we’re keen to build on that in 2019.”

He added: “It’s also fair to say that after a season in the Clio Cup my driving and race craft is night and day compared to this time last year. I want to continue that trajectory this season but this is where it gets tough – instead of finding seconds I’m chasing those vital tenths.

“The aim is to make it fun again and go for some top ten results.”

All 18 rounds on the 2019 Renault UK Clio Cup calendar will take place at the British Touring Car Championship’s high profile events. Average trackside crowds are over 38,000 per event.

Each event is also broadcast live on free-to-air television in the UK (ITV4/ITV4 HD) and live-streamed to mobile devices via ITV.com.

The BTCC and its supporting categories – including the Clio Cup – is the only form of major motor sport in the UK scheduled to receive live season-long coverage on free-to-air TV in 2019.