2018 FINANCIAL RESULTS: Groupe Renault maintained its operating margin at a high level despite a more challenging environment in the second half 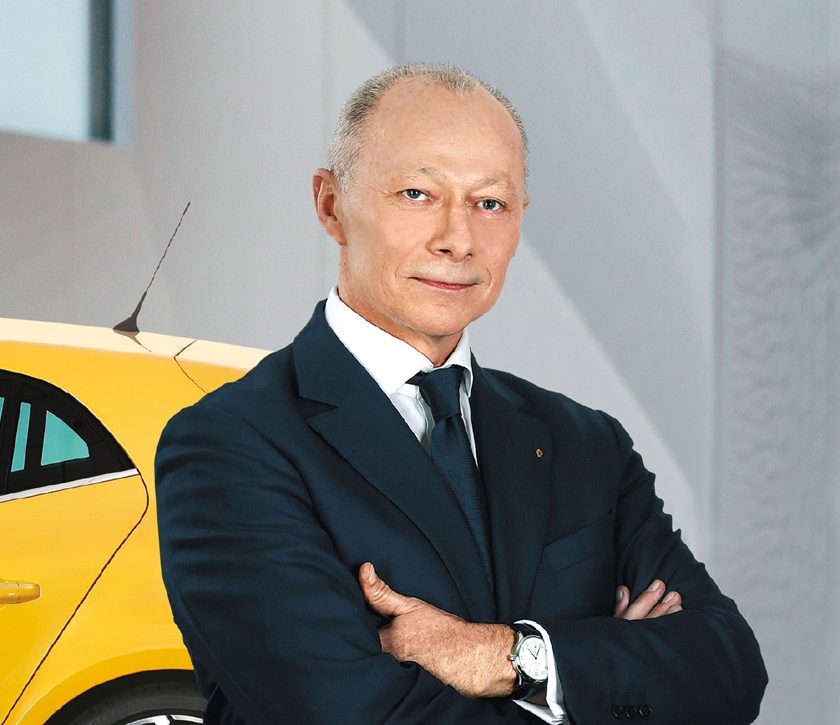 "In 2018, Groupe Renault maintained its strong performance, despite the business environment deterioration. The commercial and financial results demonstrate the Group's resilience and its rapid adaptation to a more challenging environment. This performance is the result of a clear strategy, increasingly stringent execution and the efforts of all Group employees," commented Thierry Bolloré, Chief Executive Officer of Renault.

This change mainly reflects a negative currency effect of -4.1 points, lower volumes (-0.5 points) and sales to partners (-1.8 points). The downturn in sales to partners was mainly the result of the Iranian market closure and the decline in European demand for diesel. In contrast, the price effect was positive +1.4 points thanks to price increases in emerging countries as well as Europe. The model mix was slightly negative at -0.2 points. The "Others" effect (+0.8 points), including the aforementioned change in allocation, was due in particular to the strong performance of the used vehicle and spare parts activities, and lower sales with buy-back commitments.

The Group’s operating margin amounted to €3,612 million and represented 6.3% of revenues.

Automotive excluding AVTOVAZ operating margin was down €545 million to €2,204 million, which represented 4.3% of revenues compared to 5.1% in 2017. In addition to a negative volume effect of -€329 million, this decrease was largely explained by an unfavorable environment, both in respect of currency, with an impact of -€526 million, and raw materials (-€356 million). To offset these negative effects, the Group pursued its cost management policy resulting in a positive +€421 million from Monozukuri3 and price increases leading to a positive mix/price/enrichment effect of +€261 million.

The AVTOVAZ operating margin contribution rose to €204 million, compared to €55 million in 2017, and marked a new stage in the company's recovery thanks to the success of its recently launched models in a recovering market and efforts to streamline costs. In addition, AVTOVAZ benefited, in 2018, from positive non-recurring effects.

Sales Financing contributed €1,204 million to the Group’s operating margin, compared to €1,050 million in 2017. This rise of nearly 15% was notably due to the good commercial performance in recent years.

Other operating income and expenses amounted to -€625 million (compared to -€48 million in 2017). This sharp deterioration stemmed mainly from two factors: on the one hand, the consequences of the Argentinean crisis for more than €200 million, and on the other hand, provisions notably relating to the early retirement program in France, for nearly €300 million.

Financial income amounted to -€353 million, compared to -€391 million in 2017 (after taking into account the change in the accounting method for redeemable shares). Improvements in the Group's funding cost allowed it to absorb a €31 million expense relating to the application of accounting rules linked to Argentina's hyperinflation situation.

The contribution of associated companies, primarily Nissan, came to €1,540 million, compared to €2,799 million in 2017. In 2017, Nissan's contribution included a non-recurring income of €1,021 million linked to the USA tax reform voted at the end of 2017 and sale of its interest in the equipment manufacturer Calsonic Kansei.

Current and deferred taxes showed an expense of -€723 million.

At December 31, 2018, total inventories (including the independent network) represented 70 days of sales, compared to 57 days at end December 2017. This sharp rise primarily reflected weak sales in the 4th quarter of 2018.

A dividend of €3.55 per share, stable with last year, will be submitted for approval at the Shareholders’ Annual General Meeting.

In 2019, both the global and European market are expected to be stable4 compared to 2018.

At international level, the Russian market is expected to grow by at least +3% and the Brazilian market by +10%.

Within this context, Groupe Renault is aiming to:

- achieve a Group operating margin of around 6%

1  In order to analyze the change in consolidated revenues at constant exchange rates, Groupe Renault recalculates revenues for the current year by applying the average annual exchange rates of the previous year.

2 The figures for 2017 include adjustments due to the change in the accounting treatment of redeemable shares in 2018.

5 In order to analyze the change in consolidated revenues at constant perimeter and exchange rates, Groupe Renault recalculates revenues for the current year by applying the average annual exchange rates of the previous year and excluding significant changes in perimeter that occurred during the year.

1 Application of IFRS 9 “Financial Instruments “and IFRS 15 “Revenue from contracts with Customers” as of January 1, 2018.

2 The figures for 2017 include adjustments due to the change in the accounting treatment of redeemable shares in 2018.