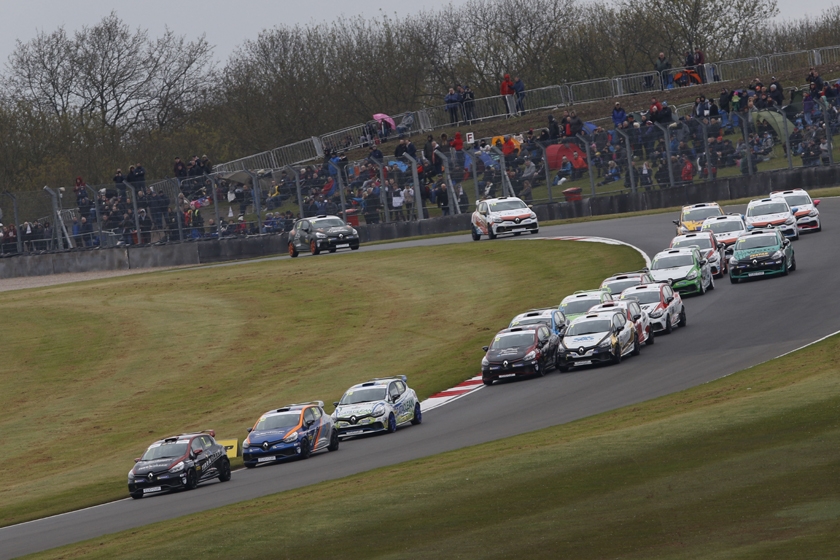 After several years impressing at club-level motor sport, Finlay Robinson (Harrogate) will progress to the Renault UK Clio Cup grid in 2019 with the Westbourne Motorsport team.

Finlay has previously been a podium finisher/winner in Junior Saloon Cars and the Michelin Clio Cup Series in Westbourne-run cars.

Now though comes the step up to the UK Clio Cup which races at the British Touring Car Championship’s high profile events. As a result it receives vast levels exposure – the action is broadcast live on ITV4 and trackside crowds average 38,000 people per event.

His debut season in the UK Clio Cup will be backed by Vantage Motor Group, Aston Barclay Vehicle Remarketing and GardX. In addition to the main championship he will be eligible for the Graduates Cup for younger drivers in their first full season.

“I’ve had a similar career path to James Colburn and James Dorlin with the JSCC and Michelin Clio Series and now the UK Clio Cup,” commented Finlay.

“But I know this is at another level and the competition gets very fierce – just look at how many drivers have successfully used the Clio Cup to go on to success in touring car or sportscar and GT racing.

“However Westbourne proved yet again in 2018 that they are among the very best on the grid and I feel like family there. They’ve also got a bank of data to work with so I’m looking forward to developing further with them this season.”

“He is naturally quick, is a proper team player and has shown he is more than capable of looking after himself in other forms of saloon car racing. I am confident he can do very well in his debut season at this level.”

Mehr in dieser Kategorie: « 2018 FINANCIAL RESULTS: Groupe Renault maintained its operating margin at a high level despite a more challenging environment in the second half Alliance Ventures invests in PowerShare to advance charging solutions and services for electric vehicles »
Nach oben