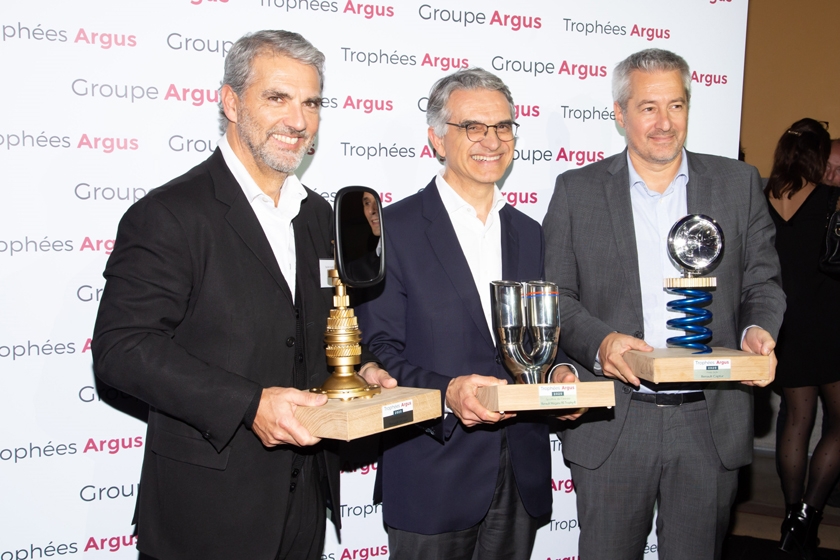 Boulogne-Billancourt, January 15, 2020 - Renault has won three awards at the 27th edition of the Argus Trophies. The winning models represent the best compromise between running costs and performance.

A forerunner in the urban SUV market, Captur has sold 1.5 million units in more than 90 countries since its launch in 2013. It is the best-seller in its segment, both in France and in Europe. In a market that has become extremely competitive, the New Captur has been reinvented by strengthening the DNA that has made it so successful. It has been transformed to display modernised SUV lines that are both athletic and dynamic. It is as modular as ever, but its interior revolution has made it more livable, allowing it to change dimension both technologically and in terms of quality. Its performance is worthy of a model in the upper segment. The New Captur is at the heart of the Group's strategy to strengthen synergies within the Alliance. This involves developing common technologies and using new platforms, such as the CMF-B platform, from which it benefits. Its new electrical and electronic architecture enables it to integrate the latest technological developments to meet new market requirements.

With 120 years of expertise in LCVs and a 20-year history as the leader in the European van market, Renault confirms its legitimacy in this segment with the New Master. Leader in its segment in France, the Master has sold nearly 2.5 million units in more than 50 countries since its launch in 1980. Produced at Batilly-France, the New Master has been on sale in France since September 2019. The New Master is distinguished by a new, more robust exterior design and an interior design with more qualitative materials and cleaner lines. The New Master is the largest mobile office in its category with new features such as the new easy life shelf above the glove box, the new easy life drawer and the induction smartphone charger. New driving aids have been introduced including the Rear View Assist. The New Master offers a new 2.3 dCi Twin Turbo engine, produced in Cléon-France, which offers more power, more torque and less consumption. The New Master also benefits from tailor-made solutions to meet the diverse needs of professionals thanks to its 350 versions, its numerous conversion solutions (network of 400 approved converters), and its tailor-made services, notably in the network of 660 Renault Pro+ centers worldwide.

Holder of the lap record for two-wheel drive production cars at the Nürburgring in Germany, Spa-Francorchamps in Belgium, and Suzuka in Japan, Megane R.S. TROPHY-R has demonstrated its level of performance with the stopwatch, and the enthusiasm it generates among the international press and sports car enthusiasts. It has its roots in Renault's immense motorsport history and perpetuates the legendary Megane R.S. records, bringing the technologies and know-how acquired by Renault Sport to the road once again. For this exceptional car, Renault Sport engineers have pushed their expertise further than ever before. Megane R.S. TROPHY-R is marketed as a limited series of 500 numbered cars.

"These three trophies highlight the excellence of our vehicles and the Renault brand's ability to adapt to the diversity of customer needs. The Captur is one of our best-selling passenger cars. The new generation will continue to impress with its design, manufacturing quality, dynamic qualities and equipment. The Master has been one of the flagships of our light commercial vehicle range for 40 years. And finally, The Megane Renault Sport TROPHY-R is all about passion, at the service of ultimate performance."