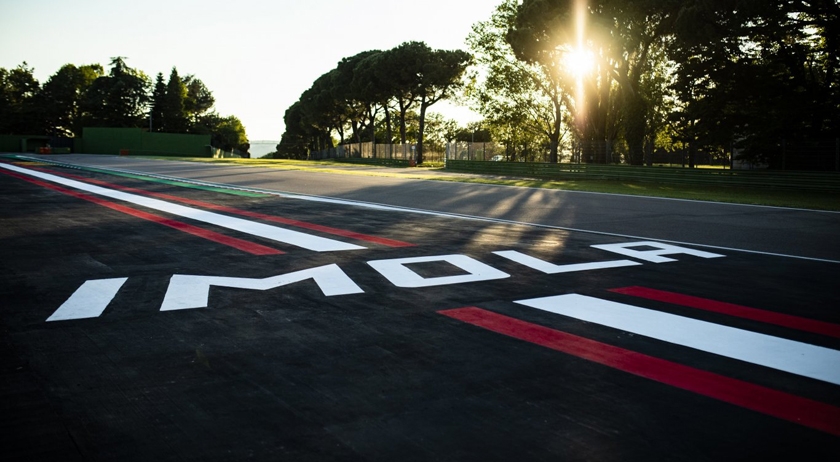 Following an extraordinary start to the season at Monza, the Formula Renault Eurocup returns to Italy for the second meeting of the year. The action among the 20 competitors on the Autodromo Enzo e Dino Ferrari d’Imola promises to be even more intense as the category hasn’t raced there since 2004!

First appearing on the Formula Renault Europe Challenge calendar in 1976, Imola has only been visited twice by the category into the new millennium.

The two past editions in the Emilia-Romagna played an important role though. In 2002, Eric Salignon won in a downpour ahead of Lewis Hamilton to take a step toward the crown while Scott Speed won two years later to clinch the title prior to the season finale. This year, 20 drivers will be aiming for the top step of the podium to confirm this trend.

Stop or more for the leaders?

After a race win and podium finish each at Monza, Caio Collet (R-ace GP) and Franco Colapinto (MP Motorsport) return to "Bel Paese" atop the general classification.

Their season-opening feats have relegated their closest rival to 18 points and both will be keen to keep the momentum going before the summer break that will last until the Nürburgring (September 3-6).

Meanwhile, Alex Quinn (Arden Motorsport) and Victor Martins (ART Grand Prix) are planning to strike back. Having started from pole at Monza, both had to settle for a podium finish while their other race was compromised in a very animated and competitive field.

While these four drivers have already shown that they are all a force to be reckoned with, they are now about to discover Imola and their adaptation to the specificities of the track during four fifty-minute sessions on Thursday will be crucial to achieve their objectives.

With a fifth and a fourth-place finish at Monza, Michael Belov (M2 Competition) could use his experience to make himself a serious title contender. The SMP Racing protégé, who is third in the general classification, heads to a track where he twice finished on the podium last year In the Italian F4 Championship, determined to do even better.

A field as open as ever

The Monza meeting has already shown that the 50th season of Formula Renault will be among the most intense of all time as nearly all the drivers were separated by less than a second in qualifying. Even more impressively, a tenth of a second could gain up to five positions on a starting grid where all eight teams were represented in the first four rows!

In this ultra-competitive field, Tijmen van der Helm (FA Racing) and Hadrien David (MP Motorsport) both finished twice in the points. The Dutchman scored the best result of his team in the category and now aims for a first podium, as does the Renault Sport Academy driver after two solid races in the mid-field.

Amaury Cordeel (FA Racing), Ugo de Wilde (Arden Motorsport) and László Tóth (Bhaitech Racing) all had mixed results at Monza, as did Joey Alders (MP Motorsport), who set a fastest lap in his first meeting in the Formula Renault Eurocup. All four now want more, but first they have to unlock Imola’s secrets.

Some have a head start. Among them, Petr Ptáček (R-ace GP) aims to bounce back from a weekend of contrasts to return to the sharp end of the field at a track where the Sauber Academy driver took a podium finish in Italian F4 in 2018. Already his rivals at the time, William Alatalo (JD Motorsport) and Grégoire Saucy (ART Grand Prix) are hoping to convert their speed into a maiden rookie victory for the Finn or a first podium for the driver from Switzerland.

Out of the points at Monza, Paul Aron (ART Grand Prix) returns to Italy with just one goal in mind: break his duck at a track where the Mercedes protégé scored a win and three top-three results among the rookies last year In the Italian F4 Championship.

Empty-handed at the conclusion of their first round on home soil, Lorenzo Colombo (Bhaitech Racing) and Nicola Marinangeli (Bhaitech Racing) will look to make the most of their second chance. They will be all the more worth watching out for as they will be able to draw on past Imola experience. Lorenzo Colombo even scored his first single-seater podium finish here in 2016.

Reshad De Gerus (Arden Motorsport) also hopes to benefit from the progress he showed at Monza to take a step forward and run with the leaders starting this week. The driver from Réunion Island, like others, will have to keep a close eye on two new drivers though.

Johnathan Hoggard, who finished third in the 2018 British F4 Championship and second in the 2019 BRDC British F3 Championship, makes his debut in the Formula Renault Eurocup with defending champions R-ace GP. At the same time, one of the most promising motorsport talents, whose name will be revealed Wednesday, will make his single-seater debut with JD Motorsport in a field featuring 20 Formula Renault FR-19s.