The Renault 5 Prototype Story: Finding Inspiration in the Past to Design for the Future 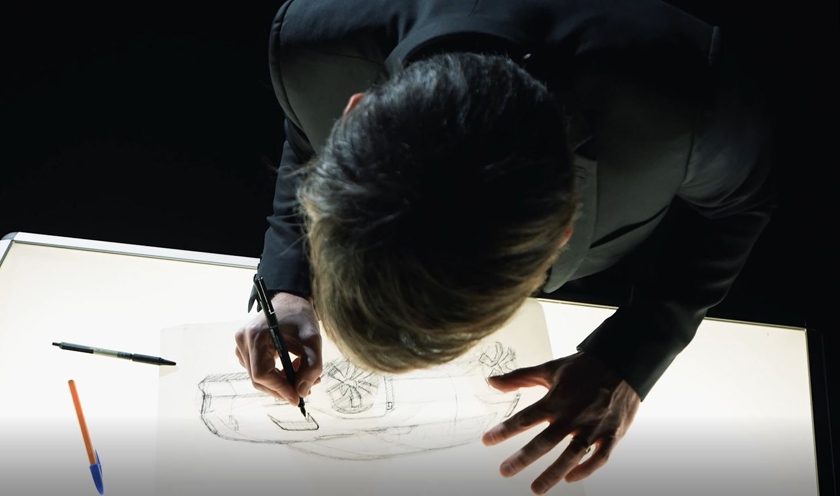 Following the first episode in a series about the creation of the Renault 5 Prototype, a second chapter takes a look behind the scenes at Renault Design. For this instalment, François Leboine, Director of Design for Concept and Show Cars, explores how to succeed in building a bridge between the past and present and how it was put into practice with the Renault 5 Prototype.

For the Renault 5 Prototype, François Leboine wanted to “provoke a smile” and revive good memories, with the development of the concept’s distinctive headlights embodying the overall approach.

Inspired by the original R5
The first task in creating the Renault 5 Prototype was to step back and gather archive material to analyse, understand and deconstruct the original vehicle and grasp what it was about. Access to sketches by the original designer Michel Boué, as well as photos, magazines and brochures made it possible to study the original from all angles. A vehicle from Renault Classic also helped to understand more detailed elements such as the famous headlights.

From here, the first sketches were made. "The sketches captured the fundamental elements that needed to be retained to reproduce the mischievous look of the original R5," explains François Leboine. Then, the designers moved on to define proportions, contours and the distance between the headlights, to find the expression and characterful look of the 1970s model.

Transforming classic features into futuristic details
After analysing the graphic characteristics and working on the proportions, designers transformed it. For the Renault 5 Prototype, they were inspired by aeronautics, architecture, product design and electronics. "It was really important that the Renault 5 Prototype was not just a slavish copy of the past, but that it really was a vehicle that contained the elements of the future”, said François Leboine.

As a result, the prototype’s headlights have become a real technological, futuristic element. Where the optional fog lights once were on the original R5, there are now unique daytime running lights fully integrated into the front bumper.

A successful reimagination of an icon
The final element is the ultimate step for designers, the one that lets them know if their work has been successful. "The reaction of the people around us determines if we've hit the bull's eye, if we've brought the R5 back to life or if it was a failure", explains François Leboine. “In the end it exceeded our expectations.”

With the Renault 5 Prototype, the emblematic model of Renault’s heritage now has a worthy successor – a modern car, full of charm and in tune with the times. It represents a successful projection into the future while fully respecting Renault’s DNA.