Lego Plus a Touch of Boldness (Episode 1) 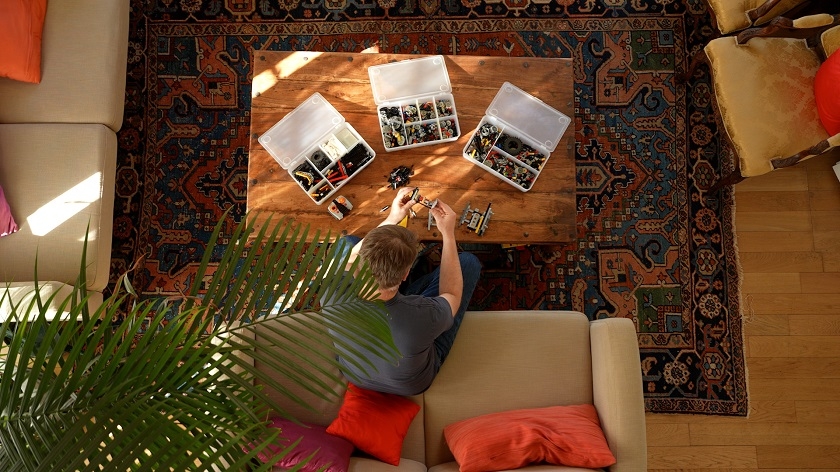 Using its expertise in electric vehicles, its experience in Formula 1 and with the enthusiasm and passion of its engineering, development and control teams, Renault has developed the innovative hybrid E-TECH powertrain. What is less well known is that it was invented and developed in a way that is both unusual and highly inspiring. It all started with a LEGO model, which its author, Nicolas Fremau, Renault's Hybrid Architecture Expert, agreed to look at again.

When Renault launched the electric vehicle in 2010, it also sought to develop a hybrid technology that will provide lots of customers with a smooth transition towards all-electric. The engineers and experts must therefore propose to the company's management the ideal solution that meets the required specifications: accessible, light, suitable for vehicles of all sizes and with a minimum all-electric range of 50 kilometers. In other words, it must provide effective hybridization for all.

"The challenge was to launch a hybrid engine for Mégane and Clio that was both accessible and very simple." Nicolas Fremau, Renault's Hybrid Architecture Expert

ASSEMBLE IT, DRILL IT, GLUE IT

For Nicolas Fremau, it is necessary to consider the electric motor as the main one, that will start the vehicle. But what transmission should be used between it and the ICE engine? With the obligation to keep things simple, compact and light, he imagined a radical solution: let’s do without a clutch and even gearbox synchronisers. There is a technology that makes this possible, the dog clutch, which is used in motorsport.

"When I saw my son playing with LEGO Technic sprockets at home, I said to myself 'well, it's not so far from what I'd like to do'. So, I bought what I needed piece by piece to have all the assembly elements."

So, Nicolas Fremau used his Christmas holidays to make with LEGO a model of the innovative three-speed transmission that he first imagined on paper. "I had the idea of doing this first to help me understand what to do. After about twenty hours of 'work' under the slightly surprised eye of my son, the model was born," he explains.

To do this, it was not enough to fit the bricks together. Nicolas had to assemble the different axes and transmission rings, glue and drill them to fit into a cradle, motorize the whole thing, etc. A real engineering work that allowed Nicolas Fremau to test "live" the different possible modes of operation between the engines. Better still, he discovered new ones that he had not thought of during his previous theoretical analysis. This strengthened his conviction that he was on the right track with this prototype - undoubtedly the least expensive in Renault's history - which is as surprising and unexpected as the technical solution was innovative.

IF WE CAN MAKE IT OUT OF LEGO…

What would the managers to whom this model was presented, Rémi Bastien and Gérard Detourbet (who died in 2019), the 'father' of the first Dacia range, who knew all about simplified, low-cost solutions, say about it? It was a gamble.

"Renault has always been a very open company, especially when it comes to research. But the day I brought the model to the project manager Gérard Detourbet and the Director of Research Rémi Bastien, I didn't know how they would react. They walked around the model, they touched it and they felt that we had a real object. And I will always remember Gérard Detourbet's remark: 'If we can make it in LEGO, it will work!’"

But this green light was no gift. Nicolas and his colleagues had to make the commitment to bring this concept to life in a car that would run in just 18 months! “It was a challenge for the entire research engineering department, with the mobilization of the skills of people in Control, Mechanical Design, etc.,” recalls Nicolas Fremau.

For the small team of enthusiasts committed to the hybrid route within Renault engineering, the hardest part had just begun.