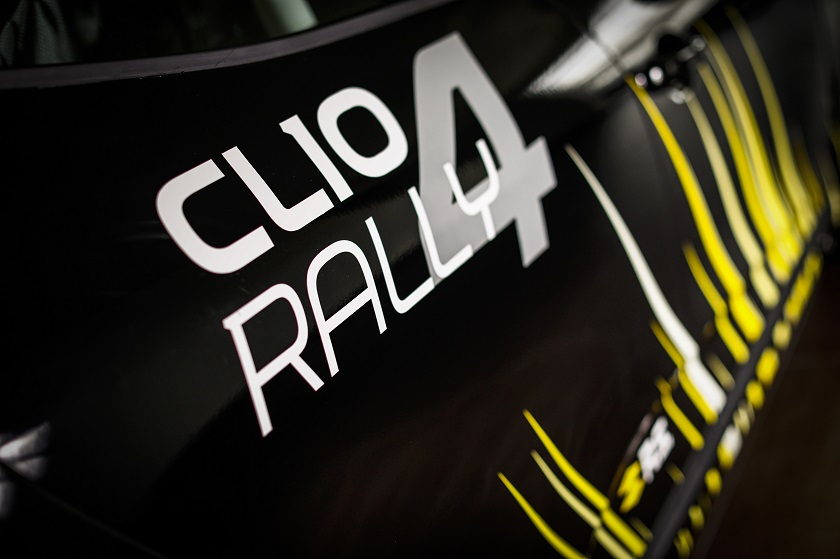 Following homologation from the FIA earlier this month, Clio Rally4 is set to make its competition debut on the Targa Florio - Rally Internazionale di Sicilia (6-8 May).

The first Clio Rally4 to challenge the stopwatch will be entered by HK Racing, the team headed by Alessandro Re. Paolo Andreucci will be behind the wheel of the new model produced by Renault’s customer racing department in this legendary event.

Clio Rally4 will make its true baptism of fire in the hands of a leading reference in Italian rallying with 11 titles at the highest level on the national scene. Also the reigning Italian two-wheel drive champion, Paolo Andreucci has strong links with Renault as he got his start in a Renault 5 Turbo before competing in the FIA World Rally Championship with a Clio Williams and a Mégane Maxi.

This eagerly awaited entry will allow all rallying enthusiasts to discover the full potential of Clio Rally4, a car designed to be the best in its category thanks to the expertise of the Viry-Châtillon and Dieppe engineers. Clio Rally4 has already gone through an intensive development programme with over 5,000 kilometres of testing conducted by several experienced drivers.

After this first appearance in Sicily, Clio Rally4 will also be in action at the opening round of the FFSA French Tarmac Rally Championship at the Rallye Le Touquet Pas-de-Calais (May 27-29).

Paolo Andreucci : "I was delighted Renault called upon me for the debut of Renault Clio Rally4 in Sicily. I am honoured to have been chosen for the launch of this new car, especially on such legendary roads. Sicily is close to my heart and its stages have contributed to the history of Italian rallying and beyond. We will test for two days prior to this rally, which we won last year in difficult conditions. The weather is expected to be better this year so we can concentrate more on setup and getting to grips with Clio Rally4 before challenging the historical hairpins of Sclafani Bagni !"

Alessandro Re, HK Racing Team Manager : "It is an honour to line up for the Targa Florio with Clio Rally4. For the first time in its history, HK Racing will debut a car in competition and we have high expectations for Clio Rally4. Given the efforts made by Renault, we are sure that it will become the new benchmark in the category. We are thrilled to be working on this project. It’s a great opportunity but also a massive challenge for the team. We are going to do our utmost to make Clio Rally4’s debut a success. All that remains is to hand it over to Paolo Andreucci and get it on the road so that it can start to show its full potential !"

Benoît Nogier, Customer Racing Director : "We have been looking forward to the competition debut of Clio Rally4 ever since its homologation was announced. While the current context is not the most favourable for a new car, we are delighted to see a top-flight team in HK Racing and Paolo Andreucci take on the challenge. It’s a tremendous vote of confidence in our product and we’ll support them as much as we can. We would be thrilled to see them on the top step of the podium next Saturday !"