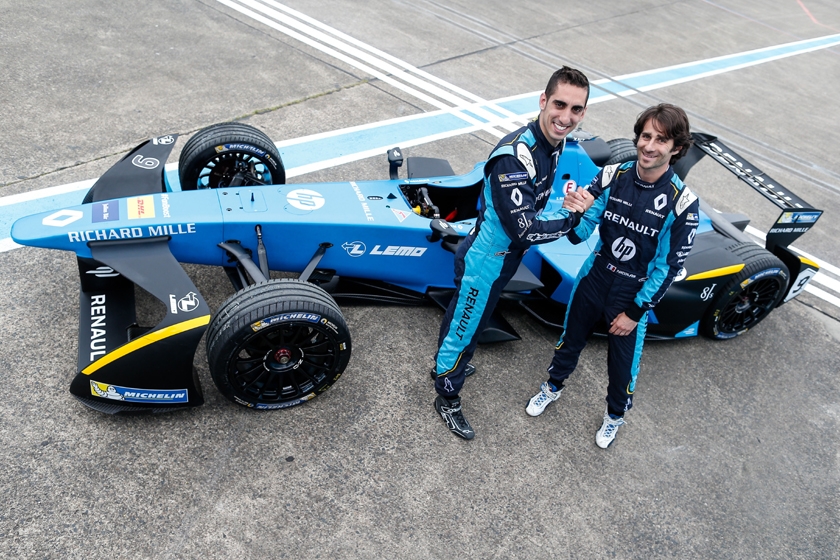 Renault e.dams is pleased to announce they will continue their successful partnership with Sébastien Buemi and Nicolas Prost until 2019.

Renault e.dams has won 11 races with this outstanding duo. Furthermore, they have achieved two consecutive Teams’ titles and the Drivers’ crown with Sébastien Buemi in 2016.

In the current standings, Renault e.dams lead the Teams’ championship by 75 points thanks to obtaining five superb wins from six races. Sébastien Buemi remains in a commanding position at the top of the Drivers’ standings while Nicolas Prost sits in third.

On the eve of the Berlin ePrix, Alain Prost, co-owner of the team commented: “We have a strong pair of drivers that have proven highly successful to date. Therefore, it is very important for us to maintain stability in the team, given that we are already working on the development of the car for season 5. The harmony between Séb and Nico, both on a personal and technical level, is also a very good gauge for success and we took this into account. These things combined contributes towards the achievement of the team and it was obvious to us that we wanted to remain in this direction. I am also pleased to have the full support from Renault with this decision.”

Jean-Paul Driot, co-owner of the team added: “I am very pleased to renew our partnership with the two drivers. They have greatly assisted Renault e.dams in winning the Teams’ title for the first two seasons of the FIA Formula E Championship. A good relationship between drivers and team members has always helped the team to achieve the best possible performance.”

Sébastien Buemi - #9: “I am very pleased to continue the adventure. The team has done an amazing job and allowed me to have the best car on the grid. I could not ask for anything more. I look forward to continuing to fight hard and bringing home more victories to my team.”

Nicolas Prost - #8: "I am obviously delighted to continue with Renault e.dams for the next two years. Most people within the team have been here since the first test in Donington back in 2014. We all know each other well and get on great together. We will continue to work hard to finish this third season on a high and prepare to do even better in seasons 4 and 5. The level does not stop rising and we want to maintain to be the best."

Cyril Abiteboul, Renault Sport Racing Managing Director: “I am pleased with the extension of our two drivers which have led us to so much success in the first two seasons. Regarding our results, we are confident to replicate the feat of winning both titles. Stability within a team is a vital element relating to performance and this extension demonstrates our continued approach."