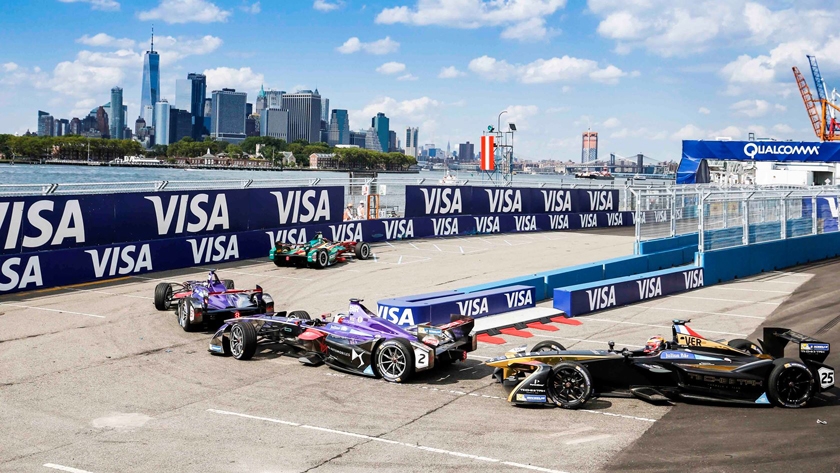 Formula E has teamed up with The Climate Group as a Global Ambassador for EV100 - to help promote the widespread uptake of electric vehicles.

EV100 is the only initiative of its kind to actively encourage world-leading companies to commit to the quicker and smoother transition to electric - helping to deliver on sustainability goals and future-proofing operations.

Big brands such as Unilever, Baidu, IKEA Group and DHL - Official Founding and Logistics Partner of the FIA Formula E Championship - are members of EV100, pledging to implement charging schemes in the workplace and swapping current diesel and petrol fleets to fully-electric by 2030.

The Climate Group has also joined the FIA Formula E Championship as an Official and International Foundation Partner - alongside the existing partnership with Prince Albert II of Monaco Foundation.

The Climate Group is an award-winning, international non-profit organisation specialising in bold and high-impact climate and energy initiatives with the world’s leading businesses, states and regional governments. The Climate Group’s work is at the forefront of ambitious climate action - with a mission to catalyse climate leadership in government and businesses to accelerate the shift to a prosperous and thriving net-zero future for all.

The announcement was made during Climate Week in New York - the scene of Sam Bird’s double-victory at the inaugural New York City E-Prix in July. Formula E made history in the Big Apple, hosting the first FIA-sanctioned open-wheel race to take place within the five boroughs of New York City in modern history.

Formula E aims to spread the message of EV100 and its members, and continue to be the platform for manufacturers to test and develop road-relevant technologies in an exciting and competitive environment.

For this season, more manufacturers have joined the electric revolution with reigning champion Lucas di Grassi looking to defend his title behind the wheel of the Audi-backed ABT Schaeffler team. More big-name manufacturers have also committed to race in Formula E - including BMW in tandem with the new-look car and battery in season five, along with Mercedes-Benz and Porsche who also plan to join the following year.

Alejandro Agag, Founder & CEO of Formula E, said: “I’m delighted that Formula E has joined forces with The Climate Group and the EV100 initiative, as a partner to promote electric and sustainable mobility. As an exciting racing series and sport - Formula E is here to make its contribution, offering an R&D platform to accelerate the rate of technological development and favouring a quicker and smoother transition towards clean energy. Our vision is that one day every car in the world will be electric and at every race we stage - in some of the best cities in the world - we want to demonstrate how cool and exciting these cars can be.

“Most importantly, this change towards electric mobility will contribute significantly to some challenging goals that we are currently facing, from climate change to inner-city pollution. At Formula E, we want to play a role in providing a solution - but to achieve that you need commitment and collaboration at a global level from multiple stakeholders. Our partnership with The Climate Group is proof that change is already happening and causing a positive shift in attitude towards cleaner transportation. Formula E shows that electric isn’t just the technology of the future - it’s the technology of today. I’m glad to see other leading companies follow suit as part of this new agreement.”

To follow the latest news and information, visit - www.fiaformulae.com