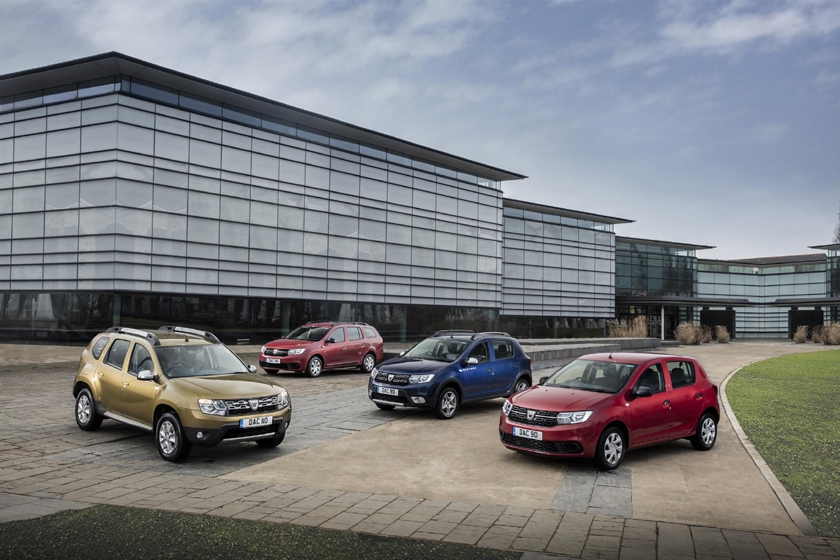 Dacia’s popularity continues to grow amongst UK car buyers four years after launching in the country with sales breaking last year’s record results.  According to figures released today by the Society of Motor Manufacturers and Traders, Dacia recorded sales of 8,228 vehicles in the first three months of 2017 – up 10 per cent in comparison with the same period in 2016.

For the month of March, Dacia recorded sales of 5,783 vehicles – up 9.2 per cent compared to March 2016 – considerably outpacing the UK car market and growing at one of the fastest rates in the industry.

With the introduction of the revised Dacia Sandero, Sandero Stepway and Logan MCV at the beginning of January complementing the launch of the new Dacia Duster last summer, the robust no-nonsense brand has experienced an encouraging start to the year with sales of the Sandero and Sandero Stepway up 16.7 per cent versus 2016.

Commenting on the performance, Paul Flanagan, Groupe Renault UK Managing Director, said: “With a fully updated range now available in the UK, Dacia is going from strength to strength – four years after launching here, the British public have really taken to Dacia’s no-nonsense approach to motoring. The introduction of the Logan MCV Stepway later this Spring will take the number of Dacia models on sale up to five and given the number of positive comments from dealers and customers already, I’m sure it will prove very popular indeed.”

Since the brand’s launch in the UK in 2013, Dacia has won numerous awards including What Car?’s ‘Best Small Car under £12,000’ for five consecutive years for the Sandero, has been in the top five, out of 35 manufacturers, of the Auto Express Driver Power customer satisfaction survey for three consecutive years and also ranked fourth out of 34 brands for customer satisfaction in the recent Which? Car Guide 2016.

Since relaunching to continental Europe in 2004, more than 4 million Dacias have been sold globally. In the UK, over 90,000 Dacia models have been sold since its launch in the country in 2013.