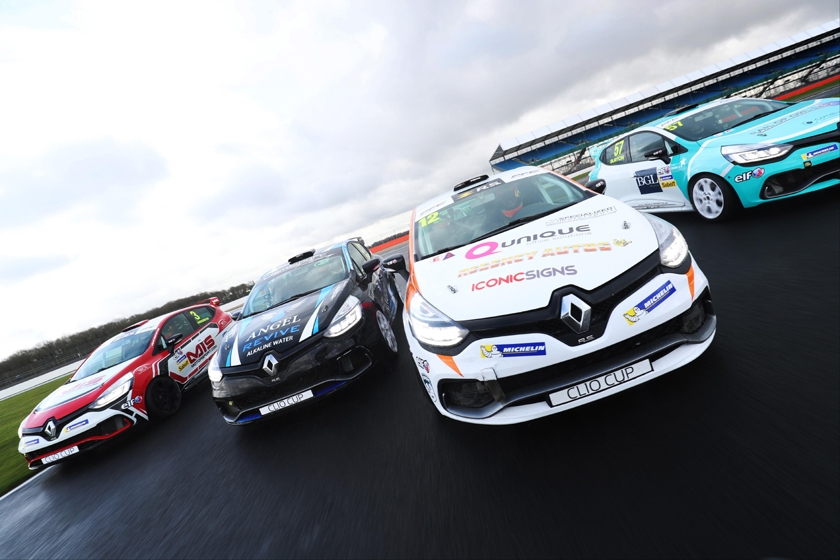 Following a dramatic inaugural season in 2017, the Renault UK Clio Cup Junior championship – for drivers aged 14 to 17 – returns this weekend (Sat 24/Sun 25 March) for its opening rounds of 2018 at the world famous Silverstone circuit in Northamptonshire.

Both races will take place on Silverstone’s short but high speed National circuit which has a reputation for producing close racing. Significantly Silverstone becomes one of four new circuit configurations that the junior drivers must learn in 2018 along with Donington Park, Croft and Rockingham.

Each driver is armed with an identical junior-spec version of the sensational Renault UK Clio Cup race car which features at the British Touring Car Championship’s high profile events.

These are modified to meet junior racing regulations – cue a 100mph speed limit, five gears instead of six and high performance Michelin road tyres instead of racing ‘slicks’. However their Renault Sport design and engineering makes them the most technically advanced saloon cars in the junior racing marketplace…

Guiseley’s Lorcan Hanafin returns for the Team Pyro squad with which he took three wins and an unrivalled seven pole positions en route to second overall in 2017’s championship.

Gus Burton was also a title contender in 2017 before being side-lined by a hand injury so expect the Colchester racer – in his distinctive ‘Sparkle Malawi’ car – to be a strong contender for race victories.

Ditto JamSport Racing’s Louis Doyle – the Chorley youngster was fastest of all in Silverstone’s official pre-season test with a best lap time in wet conditions of 1m12.859s. That sets the benchmark for this weekend when both qualifying and race lap records will be established…

Making their debuts are Specialized Motorsport and Romford's Nick Reeve (like the above also aged 15). Together, team and driver finished runners-up in 2017’s Fiesta Junior championship with an unrivalled six wins – two of them coming on the same Silverstone lay-out being used this weekend.

The Clio Cup Junior drivers will first be on track at Silverstone at 10:15 on Saturday with a free practice session ahead of qualifying 14:10-14:30 that afternoon. Their fastest and second fastest qualifying lap times will determine their grid positions for races one and two which take place at 11:45-12:05 and 16:10-16:30 on Sunday.