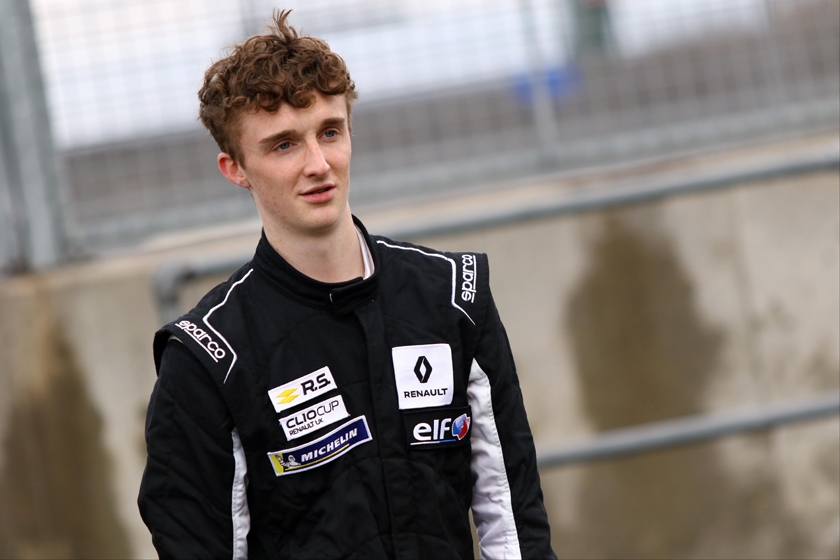 Nick Reeve (Romford) hopes to carry on his race winning form from 2017 when he makes his debut in the Renault UK Clio Cup Junior championship at the Northamptonshire circuit this weekend (Sat 24/Sun 25 March).

Nick finished runner-up in last year’s Fiesta Junior series with six race wins for the Specialized Motorsport team. Together they are now seeking glory in Clio Cup Junior and the Champion’s prize of a free registration into the prestigious senior Renault UK Clio Cup that features at the British Touring Car Championship’s high profile events.

“I am raring to go!” commented 15-year-old Nick. “The Clio Cup Junior cars take junior saloon car racing in this country to a whole new level in terms of engineering, technology and performance. The competition and professionalism are also at the next level while the cars are very evenly matched which is another of its big attractions – you know you are on an equal footing with your rivals.

“I see this as a crucial step to being able to go on and compete in the senior Clio Cup which is where any young driver really needs to race to make a serious impression on the BTCC teams.

“I’ve tested the car a few times now and was bang on the pace in last week’s official pre-season test at Silverstone – it’s a circuit I really enjoy and I see no reason why we can’t do well first time out this weekend.”

UK Clio Cup Junior is for drivers aged 14 to 17 competing in identical racing versions of the cars used in the senior Renault UK Clio Cup which features alongside the high profile British Touring Car Championship. The only differences – to meet junior racing regulations – are they are limited to five gears and 100mph and are fitted with high performance Michelin road tyres instead of racing ‘slicks’.

Renault Sport’s UK Motorsport Championship Manager Will Fewkes said: “We are delighted to see Nick and Specialized Motorsport both joining the Clio Cup Junior grid for 2018. The category is all about giving young talent and teams an environment that enables them to shine – I am sure given their results in 2017 they will do just that.”